Since Chinese New Year officially starts next week, I thought it would be fun to explore some Chinese Street Foods.

But what is street food?

What is Street Food?

Different people have different definitions of street food. It depends on the city where you live.

I was once watching one of the kid competition shows on the Food Network and the theme was street food. I recall one of the kids being totally lost because she came from a place with no street food culture. To her, it was unfathomable to imagine people selling and eating food in the street. She couldn’t imagine people eating as they walk, like we do in NYC.

However, most large cities have big street food cultures. Street food is usually foods that are easily mobile so that people can eat as they walk. Here in my home city of NYC, the first street foods were pretzels, knish and hot dogs introduced by German and Eastern European immigrants in the 1800’s.

Then Halal carts started to pop up everywhere in the 2000’s. Now NYC street food has evolved so that every cuisine is represented. Now, in addition to the corner street carts, there are also places where many food carts are collected in one place and there is seating available like Red Hook Park. Just like restaurants are rated with how many Michelin stars they have, food carts now have Vendy Awards.

So is that still street food? Well by my definition, yes. As long as it is not being cooked in an indoor restaurant, this is street food to me.

DO YOU LIVE IN A CITY WITH A STREET FOOD CULTURE? WHAT IS YOUR DEFINITION OF STREET FOOD? LET ME KNOW IN THE COMMENTS BELOW!

Now Asian street food is on a whole other level. Pretty much anything edible is sold on the street in Asian countries from China to Thailand to Sri Lanka. In Thailand, huge cauldrons of hot curries simmer inside and outside of temples. 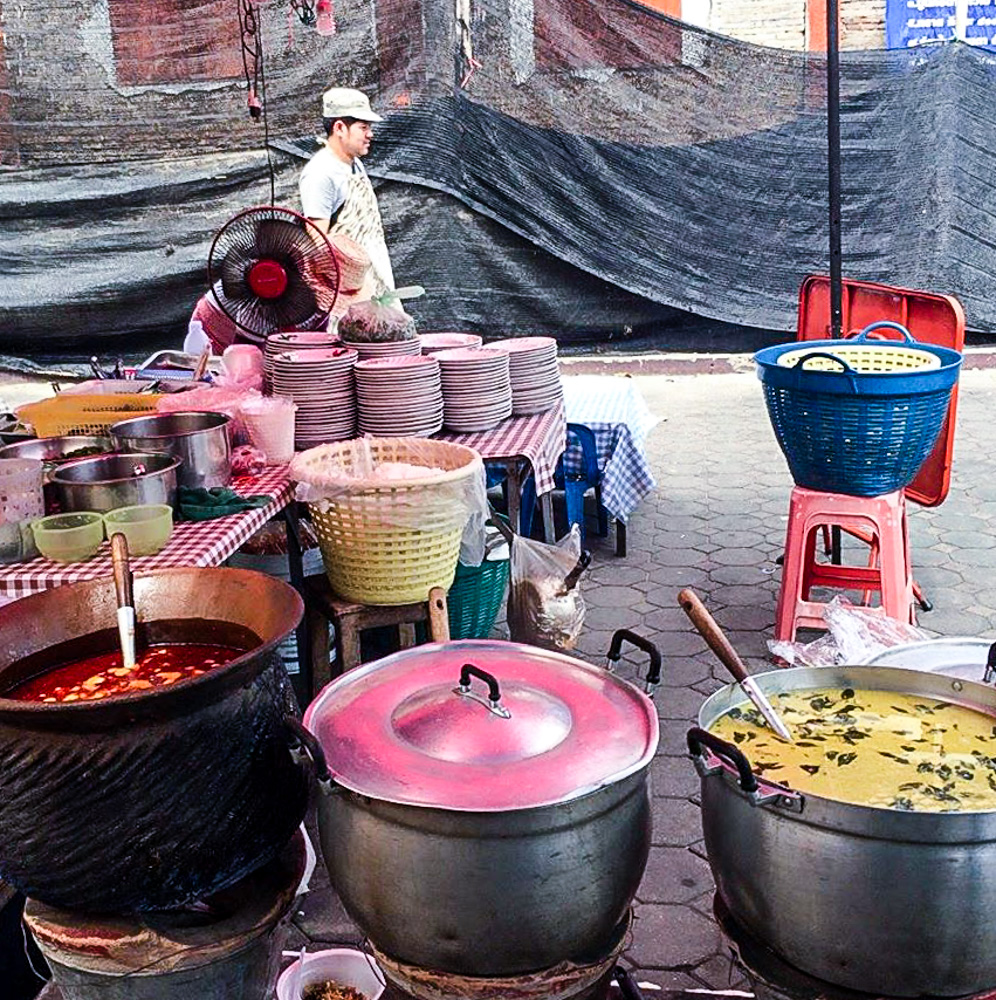 Sticky Rice and Fried Chicken are sold in little plastic bags, as are hot curries!

You can’t walk more than 1 block without seeing something sold on the street, whether it is fresh fruit juice, grilled bananas or hot curry. 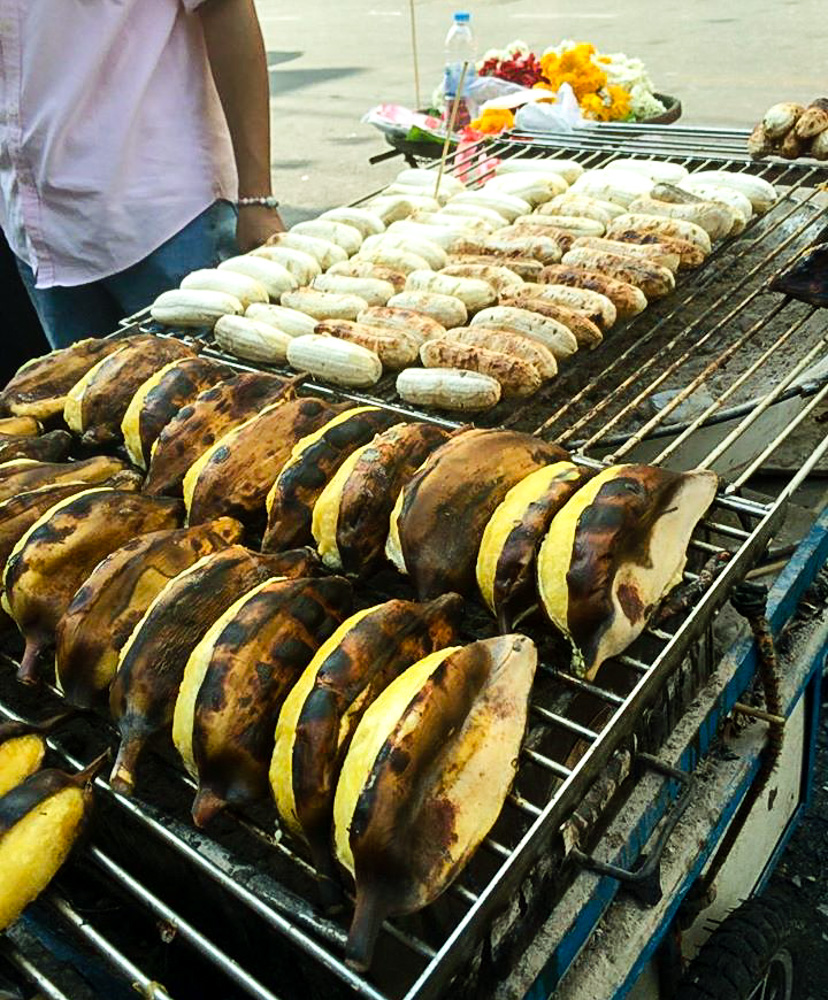 Are you celebrating Chinese New Year? Or maybe your work or kid’s school is having some Lunar Festival Festivities? Tang Yuan is one of the most traditional foods you can whip up to impress this year!

It is traditionally eaten the eve of the first day of Chinese New Year to symbolize harmony and unity.

I have already made a fried version of these using a peanut filling here. The fried sesame version is known as Jian Dui. The other fillings are usually red bean paste or black sesame. I utilized a black sesame filling here in these more common steamed version, as I am not a fan of sweet red bean paste. However, if you would like to try it with the red bean paste filling, you can try this recipe here.

At this time of year, the foods that the street side vendors sell change to represent Chinese New Year traditional foods. Longevity Noodles, Dumplings and Tang Yuan – Black Sesame Sweet Rice Balls are easily bought and eaten on the street.

…before we get to today’s recipe – Are you hosting a party soon? Maybe for Superbowl Sunday? How about a street food party? Now doesn’t that sound like a great idea!

Here are some ideas with inspiration from around the world to help you plan your Street Food Menu!

The black sesame seed filling is pretty easy to make and you can even buy it ready made in Asian supermarkets or online. See links below. 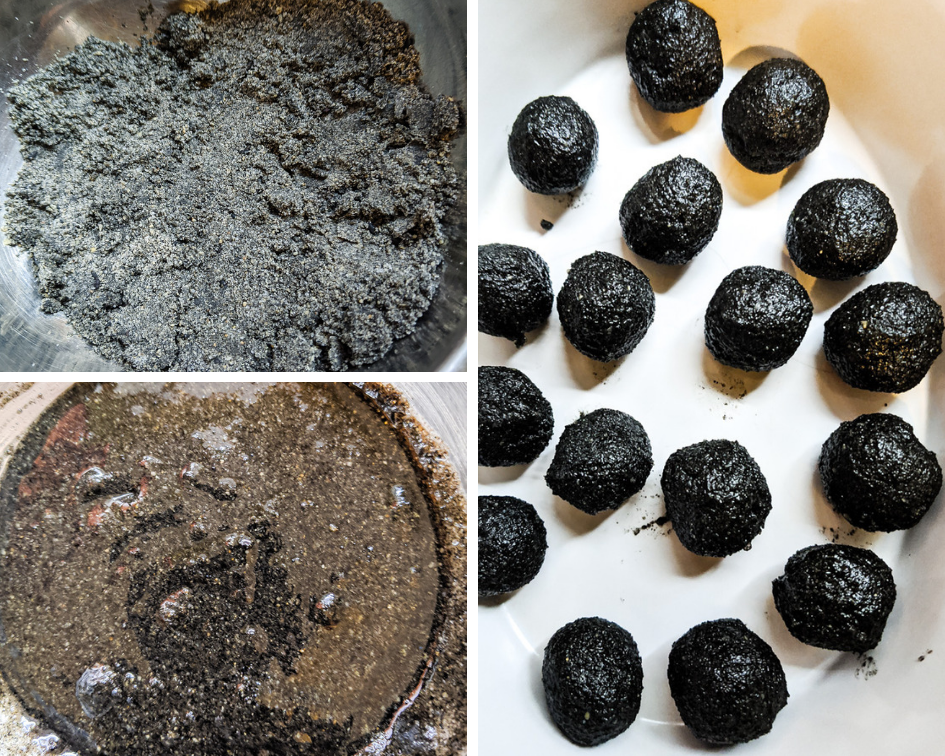 Filling and sealing the balls without breaking the outer layer takes a little bit of practice with this super sticky dough. I would suggest having a practice run first if you plan on making these for a party.

However, after a few mistakes, you will get the hang of it and be able to fill and seal the balls easily. 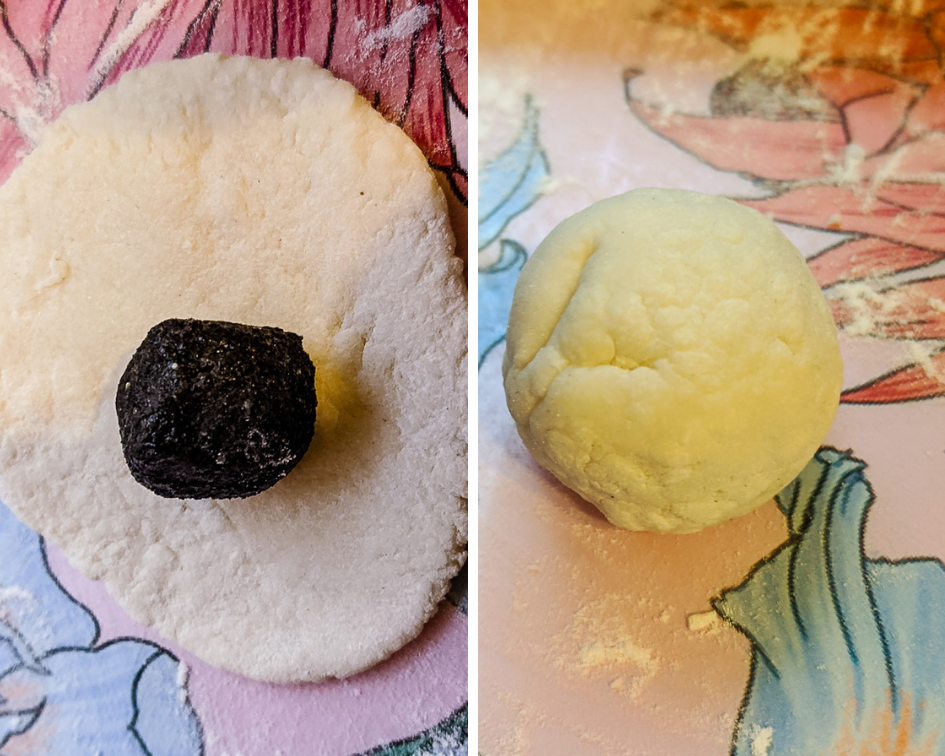 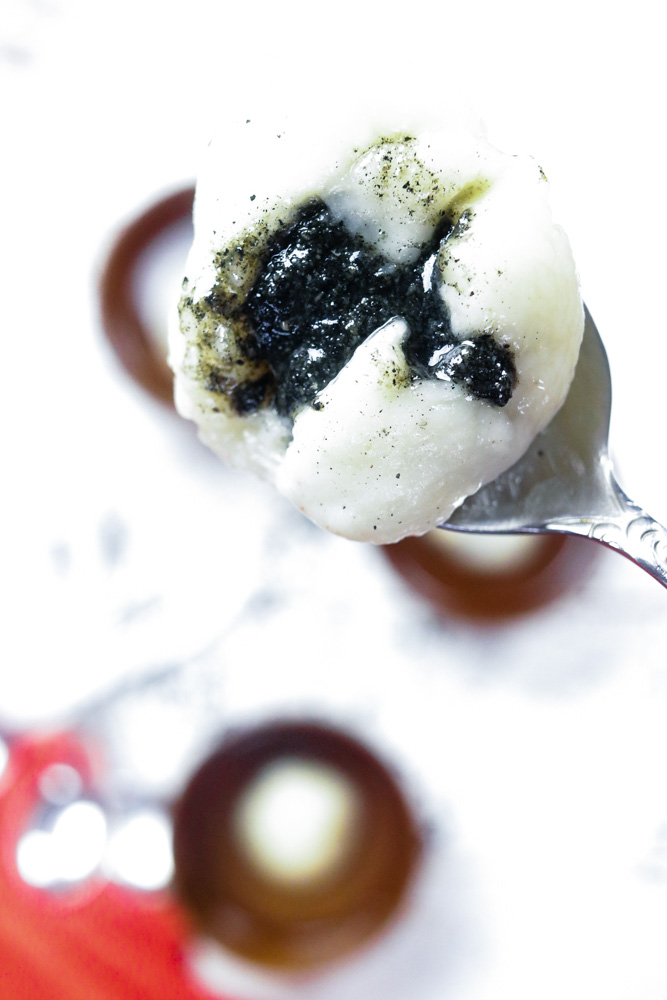 Now are you ready to celebrate the Lunar Festival this year? It’s time to try your hand at making Tang Yuan! 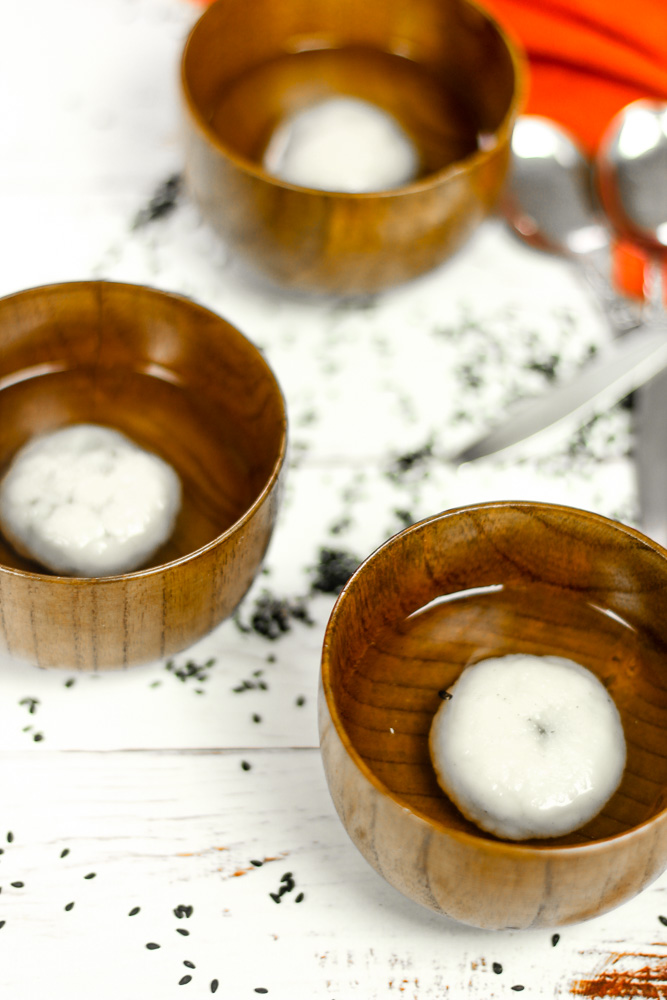 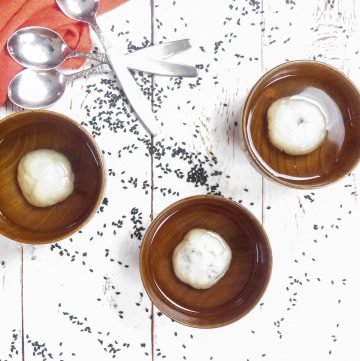