Haitian History in Savannah. Discover Haitian contribution to the American Revolution. Without them assisting in the Savannah siege, we may not have gained our independence from the British. 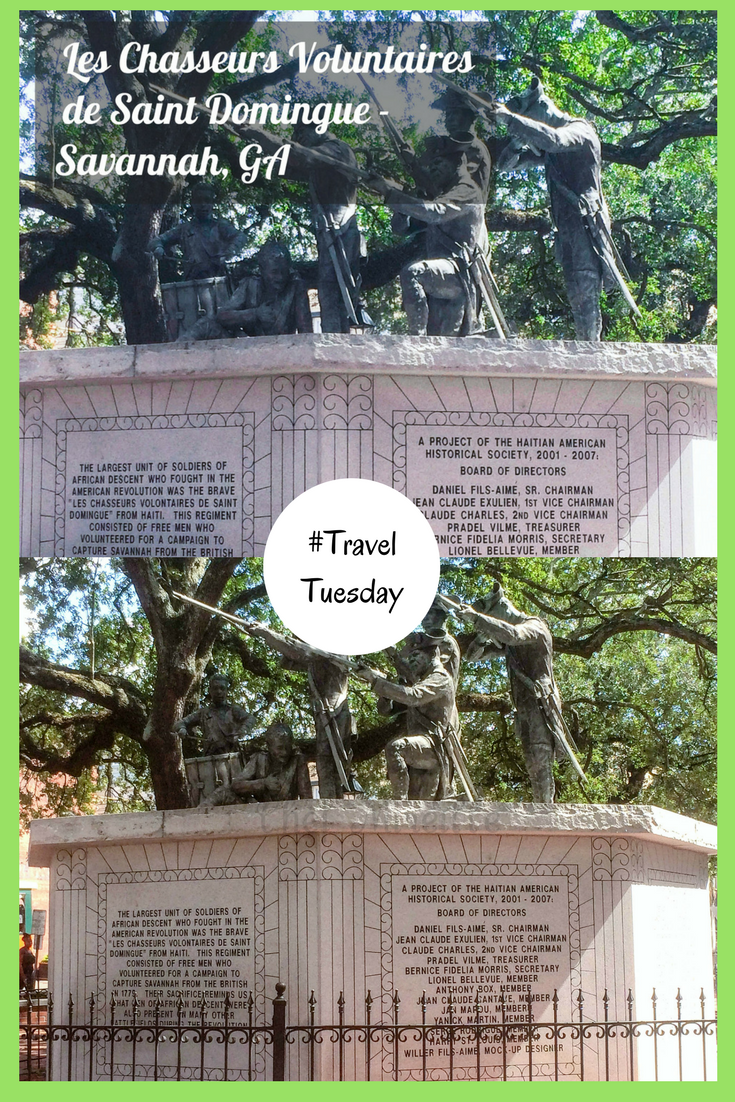 Savannah is such a historical city. A tour guide isn’t necessary with history at every step. Just walk through the city and read the plaques of the monuments and squares and you’ll discover’s Savannah’s history. One day of my trip in Savannah I decided to just stroll the city and learn the history at my leisure. I started at the end furthest away from my hotel and ended at the end by Savannah City Market, a 4 block open air market. I was exhausted and ready to rest up at the hotel for a bit before I went out to dinner and then I noticed one last statue. I almost bypassed it because I was so exhausted I figured it was just another statue. But then I said I’ve come this far – just cross the street even though my feet fell like they were going to fall off and I was so glad I did.

With the national debate that has ensued over the past year regarding statues from Civil War, this is one statue I am happy to represent and support. When you visit Savannah, make sure to note the statue in Franklin Square and read the history of this important regiment to the history of Savannah and America. Haitians have a long history in America as many of the soldiers from this regiment did stay in the United States and never return home. Haitian contributions to this country include a big part in the culture and traditions of New Orleans. So the next time someone asks what contributions Haitians have made to the United States. Forget about the doctors, lawyers, teachers, engineers and civil servants, but you can remind people that Haiti helped created the United States of America by fighting in the American Revolution. 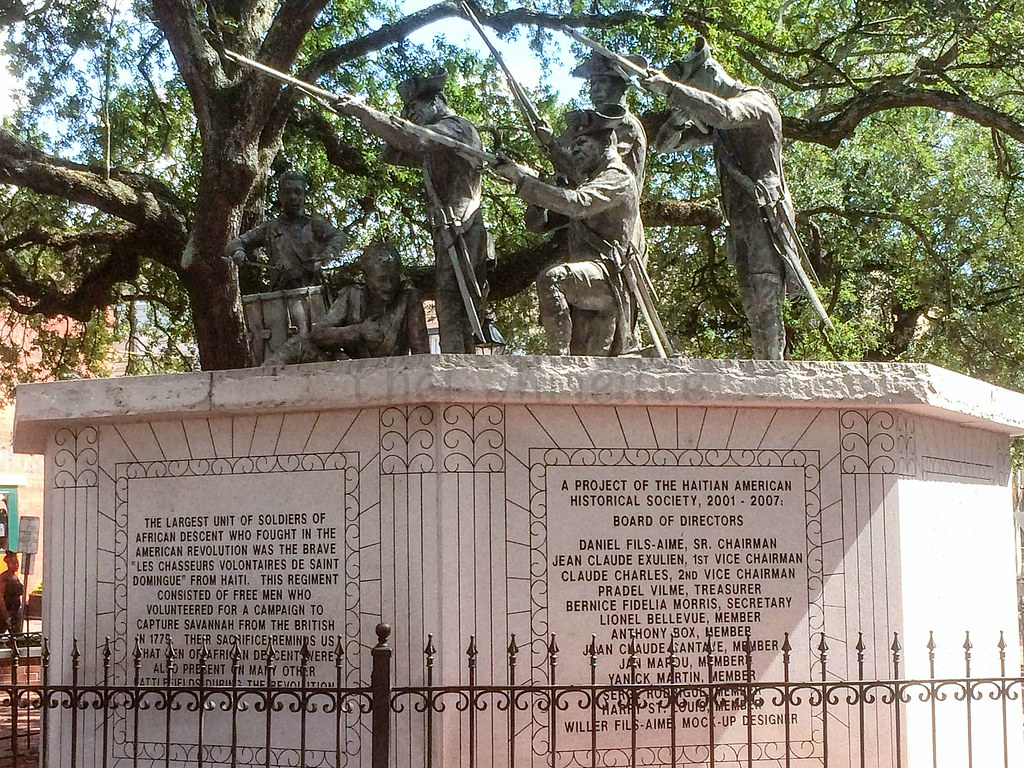 Want to discover some more Haitian culture. Check out my Haitian recipes!