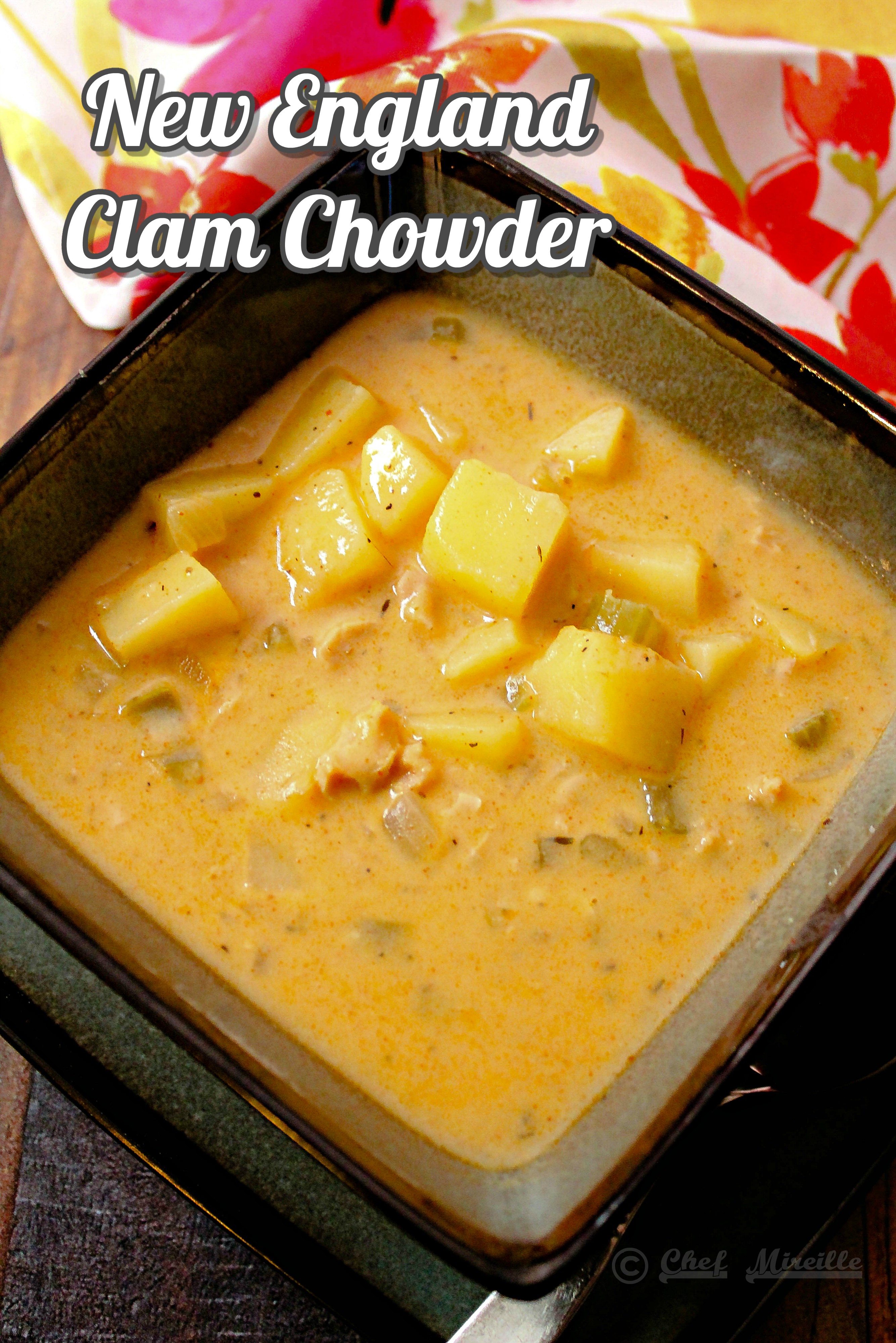 In America, like almost any country in the world, has regional cuisines. Although many foods are generic throughout the country, there are still many other foods that are particular to specific regions in the country. In New Orleans, breakfast may be beignets while here in NYC you will be hard pressed to try to find somewhere selling beignets. Instead bagels with lox and cream cheese are a dime a dozen for breakfast. Go to low country Southern states and breakfast might be shrimp and grits or biscuits and gravy.

Before we get to today’s regional soup, what is a chowder. Basically, a chowder is a roux based soup that includes potatoes. The potatoes are sometimes left in diced form or sometimes pureed to be used as the thickening agent for the soup. Even when not pureed, the starch released from the potatoes as they boil help to thicken the soup. The two most popular chowder’s in the US are Clam Chowder and Corn Chowder.

Old Bay seasoning is the most popular spice mix used with seafood here in the United States and especially in New England. However, I chose to use my own mix of seasoning in this version of clam chowder. You will see my soup has a color that is kind of orange-pink instead of the traditional white colored soup. If you would prefer the classic white soup, omit the paprika in my recipe below. I like the flavor and color, but that is subjective.

Some prefer their clam chowder thicker. If you are one of those that like a really thick clam chowder, you can add a slurry at the end. A slurry is a mixture of flour and water that you add to the soup at the end and then let it simmer, until thickened.

Before we get to today’s soup, the temperatures are getting colder so it’s definitely soup season. Here are some other soup recipes you might like to try! 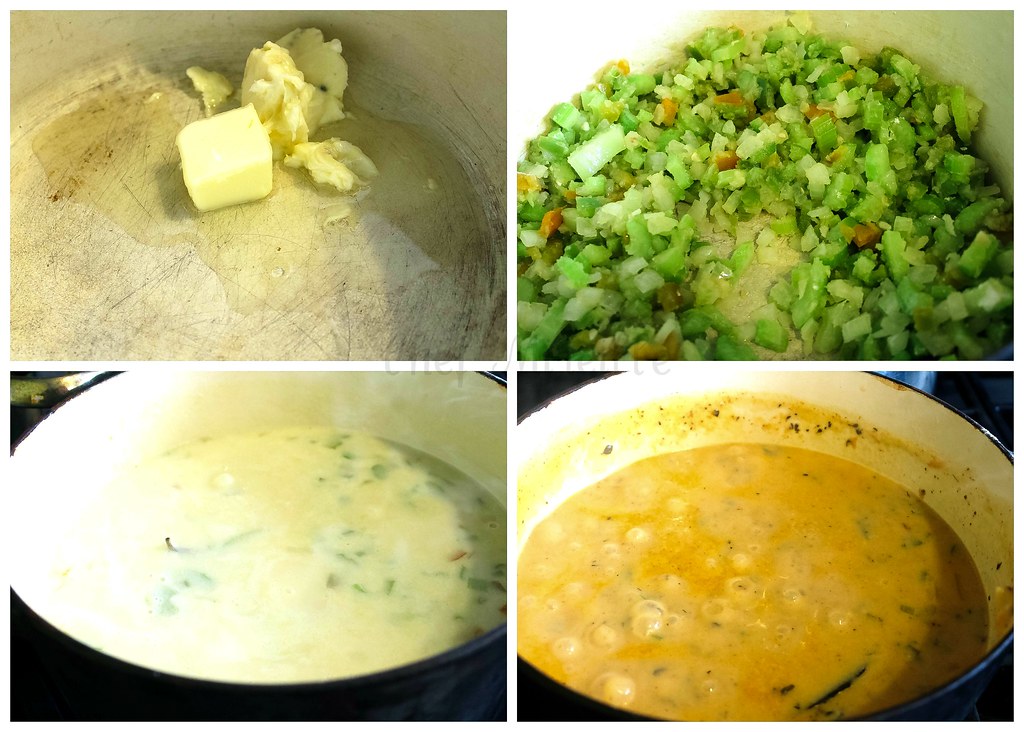 This is the perfect wintertime comfort food. 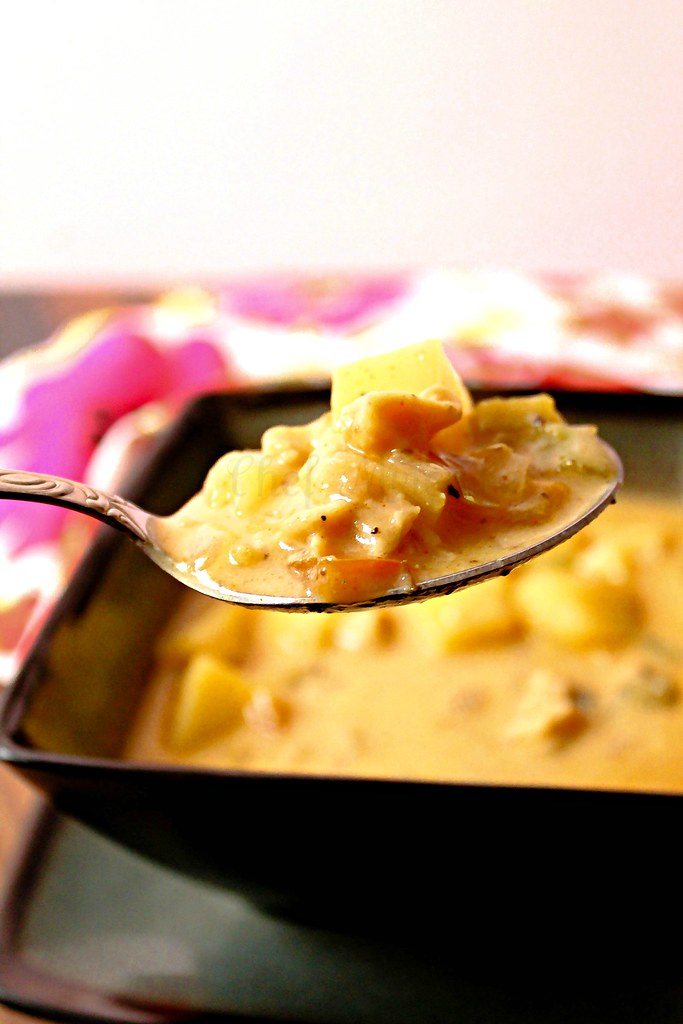 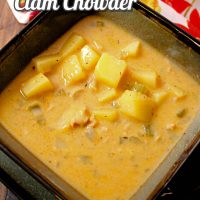