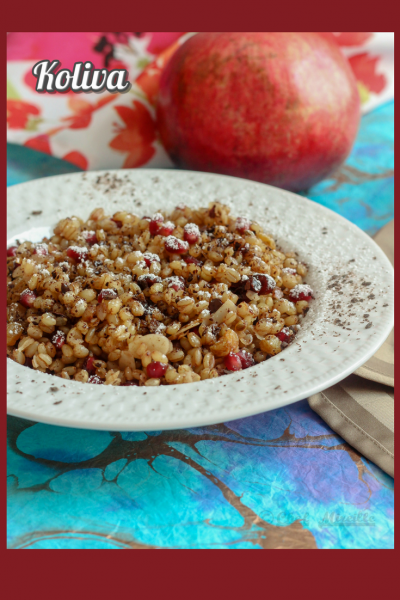 Koliva is a traditional dish of the Christian Orthodox Chuch of Eastern Europe, specifically eaten in the countries of Romania, Serbia and Bulgaria. It is usually served at Christmas and also on the first day of Lent. Additionally, it is eaten at funeral services and blessed at Divine Liturgy memorial services, performed at different intervals after a death. This dish is also made in Greece, but does not have the religious attachments in Greece and can be served at any occasion there.

The history of this dish in Greece dates back before the Christian Orthodox Church to the times of Greek mythology. The wheat symbolizes Demeter, the earth goddess, while the pomegranate seeds represent her daughter Persephone, queen of the underworld. Almonds were sacred to Aphrodite and raisins to Dionysis. Sesame seeds were said to open the doors of consciousness. (source: Wikipedia)
While enjoying this wholesome dish, you could also teach your kids about Greek mythology at the same time!

Before we get to this great snack, let’s take a look at some other wheat berry treats!

Want to see how this delicious recipe comes together in action – Check out the video here!

This is a very customizable dish. Other ingredients often included are ground walnuts, parsley and other dried fruit. 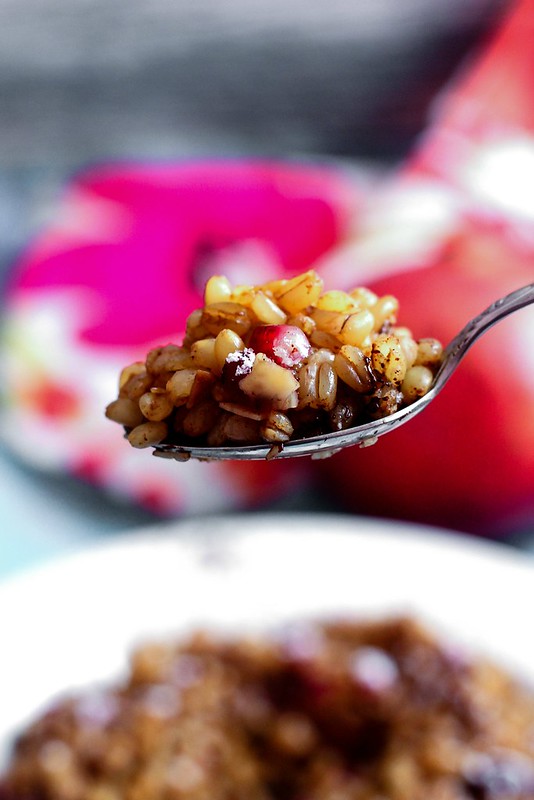 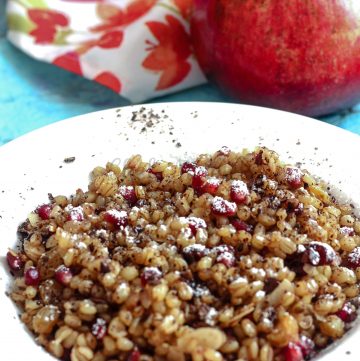 Traditionally, the powdered sugar is garnished in the shape of the cross of the Christian Orthodox church.
In Romania, it is garnished with cocoa, chocolate or candy. However, this garnish does not occur in the Greek version.
Did you try this recipe? Leave a comment below.Please follow me on Instagram @chefmireille or tag me #chefmireille with your pics! I'd love to share them!