Birria Consome is a meat stew or soup, slow cooked to achieve a super tender and flavorful stew. Essentially, it is barbacoa in a flavorful Adobo sauce of dried chillies, tomatoes and spices.

The broth is known as the consome. Once you have your birria consome made, you can eat it as soup or use the meat to make tacos. This is one of the most popular street foods throughout Mexico with each region having its own style of serving birria.

Are you a Mexican food fan? Then you also need to check out this delicious collection of over 20 Mexican Recipes.

Have you tasted yet the magic that is birria? Why has the world suddenly gone birria crazy? All of a sudden, birria is everywhere

Who knows why its so popular now, but I think it’s a fabulous thing that Birria Consome is FINALLY getting the attention it deserves. This very traditional Mexican recipe has become one of the most popular foods from New York to Los Angeles.

Here in NYC, lines at the best birria street carts consistently run 30 deep, down the blocks.

Well, I am here to give you all the tips and tricks to make delicious and scrumptious birria at home.

Ok so I’ve been going on an on about birria, but some of you who may not have heard of birria and you might be wondering What is birria and What kind of meat is birria made with?

Although traditionally made with lamb, goat or mutton, there are regional variations using beef, chicken, pork and in the southern parts of Mexico, there is even Fish Birria. The state of Michoacan is especially known for the chicken and fish versions.

Beef is most common in northern Mexico and this version has become very popular in the United States.

However, since I am a big fan of goat like this Mexican Goat Stew and mutton like this Sri Lankan Mutton Curry, here I am showing you the traditional way of preparing a stove top Birria Consome with goat and mutton.

But you can still use this same cooking method with beef. The cooking time will just be reduced a bit, as it takes longer for goat meat to become tender.

What is the difference between birria and barbacoa?

Birria and Barbacoa are essentially the same thing, with the main difference being that the meat is served in consome (adobo broth)  with birria. Depending on how thick you make it, birria is more of a stew or soup.

Both birria and barbacoa are both traditionally made by burying the meat in the ground and covering it with hot coals. This is slow cooked in the earth for several hours. The meat would then be added to a consome or adobo broth. made of chillies, tomatoes and spices for birria.

What does birria mean?

Birria means a mess, as this is a poor man’s meal and in some forms of serving, it is quite a messy meal to eat as in the popular Birria Quesatacos dripping in gooey cheese and dipped in the consome, but the mess and the time to make birria is worth every second and every moment of clean up 🙂

Where does birria originate?

Birria originated in the city of Jalisco, however, birria is popular throughout Mexico. Different cities are known for different ways of serving birria from soup to tacos to tortas.

Birria has become one of the most popular foods throughout Mexico in all its different versions. It is often made for special occasions and holidays like Christmas or Easter.

There are many different ways of making birria. As most of us don’t have a pit dug out in our backyards to make it the traditional way, it can now be made on the stove, in a slow cooker or in an Instant Pot.

Some are made as I did here, slow cooking the meat and then adding the adobo sauce. Others marinate the meat in the adobo sauce and then cook it in the oven or on the stove all together. The variations of cooking processes are many, but the outcomes will all be similar.

What to do with leftover birria meat?

Birria can be served in many different ways.

Make sure to reserve some of the consome to dip your tacos in! It makes all the difference!

What is the difference between birria and barbacoa?

Both are meat slow cooked by traditionally burying the meat in the ground. The difference is that birria is served in consome.

What meat is used for  birria?

Traditionally, goat was most commonly used. However, in modern times beef is most often used.

What cut of meat is best for birria?

Whether you use beef or goat, shoulder is the best part of the animal to use. Both beef shoulder or goat shoulder would be best cut of meat to use.

Why is birria made with with a variety of chillies? Can’t I just pick one?

All dried chillies do not taste the same – just like with fresh chillies. Some are sweeter, some are more acidic and they all have different spice levels.
Using various chillies provides the dish with more depth by combining different flavors and heat levels.

Now I’m not going to lie, this is going to take a few hours, but it is so worth the effort and with the leftovers, you can make a few different meals during the week with this birria.

How to make Goat Birria Consome

While the meat it’s cooking, we can start on the Adobo Sauce. 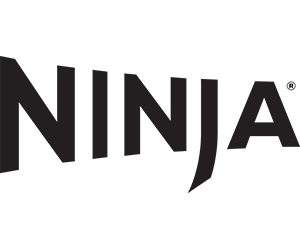 Now you have your birria ready for many delicious Birria Recipes. You can freeze some of it, if you would like to SAVE SOME FOR LATER. 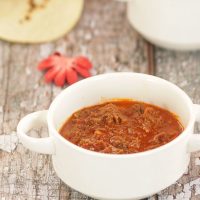 NOT READY TO MAKE IT YET? PIN IT FOR LATER!

Previous Post: « 25 Recipes from the African Diaspora
Next Post: How to make Haitian Spaghetti (with sausage or hot dogs) »