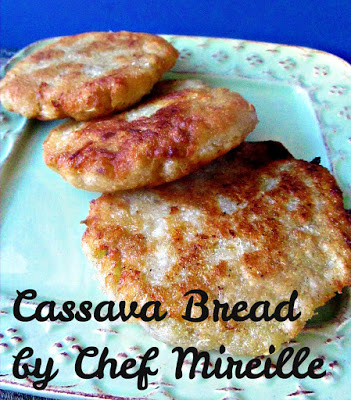 Garifuna Cassava Bread is a Gluten Free bread from Central America perfect for breakfast with your morning cup of coffee or tea. #garifuna #recipes

I had a totally different post planned for today for the letter G, as part of this month’s alphabet theme for the Blogging Marathon. I was going to make the ubiquitous Caribbean condiment called Green Seasoning. The Spanish have sofrito, India has masalas and we have Green Seasoning. However, a chance encounter railroaded that idea.

I was having a conversation with a client about a cooking class themed birthday party for her daughter and I consider myself pretty knowledgeable about most International cuisines but she threw me a curve ball when she asked me if I knew about Garifuna cuisine. She is from Guatemala and  I had to tell her that was a new one for me, but I would definitely find out about it. I was so intrigued to learn about this new culture I thought it would be more interesting to share that than another recipe for a condiment that you can buy in any Caribbean market and even some American ones now also. I’ll share that recipe sometime in the future.

Garifuna are descended from a group of West African who were on their way to becoming slaves in the Caribbean or America. It is unsure whether they got shipwrecked or they escaped, but somehow they landed off the coast of St. Vincent. They intermarried with native Arawaks and Kallinago (also known as Caribs) and settled along the coastal areas of Central America in the countries of Belize, Nicaragua, Honduras and Guatemala. Most Garifuna are genetically approximately 70% African, 25% Arawak/Carib and 5% European.

They still maintain a strong cultural identity, with their own music, cuisine and language. The language is mostly Arawak and Carib with a little Spanish and English. One unique characteristic to the language is that different words are used according to gender. For some words, men use Carib words and women use Arawak words. There are many YouTube videos where you can see the Garifuna culture alive with their music and dance.

Today, there are approximately 300,000 Garifuna who live in Central America, the United States and Canada. The Bronx, right here in New York, is home to the largest Garifuna population outside of Central America. There is a Garifuna street food cart on 175th street & Southern Boulevard that operates on weekends. My next mission is to make a trek up there to try some authentic Garifuna cuisine. Until I can make it up there, here is my version of one of their recipes.

Since they are coastal, fish is the main protein in their diet. Cassava and plantain are the other major components. While I did find a few recipes online, they were limited. However, I did find websites that gave me long lists with descriptions of the food rather than complete recipes.

I took a few liberties in creating this recipe, so I cannot swear to its authenticity in Garifuna culture. I did see Cassava Bread, called Ereba in their language, referenced on a few websites. Since they did intermarry with Caribs and there are still many Caribs in my grandmother’s birthplace of Dominica, I attempted to create the Cassava Bread I ate at a roadside bakery (a roof on stilts) in Dominica’s Carib Territory.  I am not sure if you can even call it a bakery as they only sold two things – Cassava Bread and Kanke. Kanke is a mixture of cassava, coconut, sugar and spices wrapped in banana leaves and steamed. I will have to do that recipe also for you in the future. I am sure Dominica’s cassava bread is a close relative to the Garifuna version.

Normally the grated cassava is dry roasted and ground to make cassava flour and then coconut and sugar is added to it in the Dominica version. This takes several hours for all the moisture to be roasted out of the cassava. This is a laborious task and short on time, I embraced modern convenience. I am so lucky to live in New York where so many culinary conveniences are available. Even just the task of finely grating the cassava would have taken up a bit of time so here’s a short cut version of cassava bread.

In a dry skillet, roast the cassava for a few minutes to remove some of the moisture. Mix constantly to avoid sticking. Remove from skillet.
Add coconut to skillet and dry roast for 1-2 minutes, until golden and dried.
Combine cassava with coconut, salt and sugar. Mix well. Form into 4 patties approximately 4″ in diameter.
Heat a skillet with enough oil for shallow frying and butter.
Add patties to hot oil and fry 3-4 minutes on each side, until golden brown.
Remove to paper towels to drain excess oil. 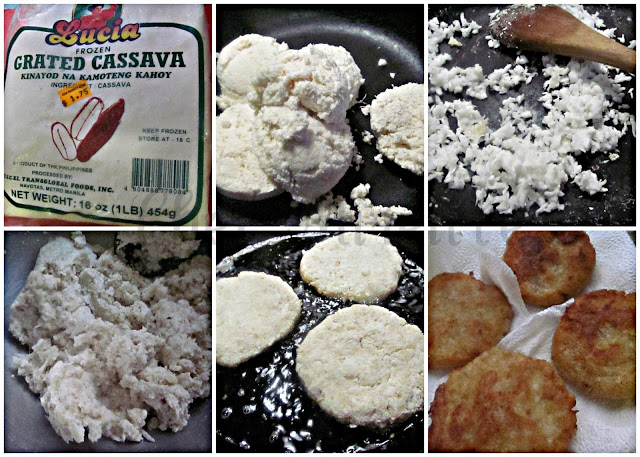 Serve as a snack or for breakfast.

I had this for breakfast with some fresh fruit. Breakfast was ready in less than 30 minutes. If I had to grate cassava, it would have taken much longer. 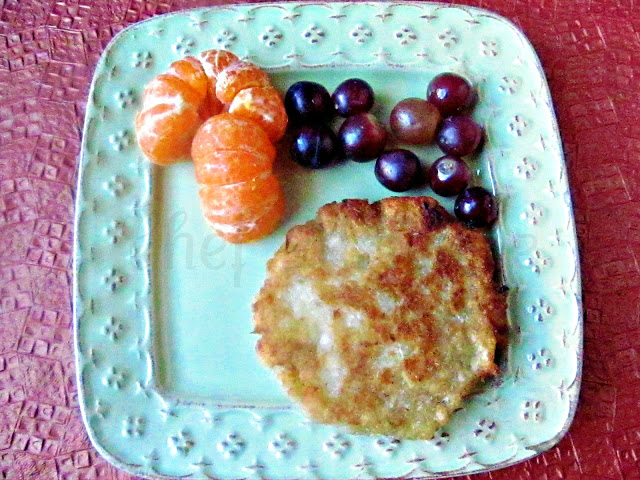 Note: In Dominica, the bread was dry roasted in a shallow iron vessel over an open fire. However, since the Garifuna sites referenced the bread being pan fried, I used that method.

Tropical countries have a lot of similarities in their diet. Perhaps that is why Indian, African and Southeast Asian cuisine are my faves outside of my Caribbean cuisine. This tastes so similar to the Oriya Semolina Manda I made from Odisha. The world just got a little smaller yet again!