This jam is commonly eaten for breakfast with toast in Martinique, Guadeloupe, Dominica, St. Lucia and to a lesser degree, other Caribbean islands.

Though the Caribbean is a diverse region of different languages, cultures and customs, we are often lumped into one category as though we were one nation.

While I embrace Caribbean unity as a whole, I also celebrate the diversity of the different Caribbean islands. I’m really lucky in that I have family from most of the Caribbean diaspora within 2 generations of my family including, Dutch, British and French islands and technically even the Spanish islands since Dominican Republic and Haiti share the same island and I’m half Haitian.

This week I will be presenting three recipes from three different cultural regions of the Caribbean. Today we are starting off with the French Caribbean. Technically speaking, the only French Caribbean islands are Martinique, Guadeloupe and 2/3 of St. Martin (the other 1/3 belongs to the Dutch and is spelled as St. Maarten).

However, there are other island nations that have ties to the French. Haiti is a French and Creole speaking island and were once colonized by the French, but as the first independent black nation, they haven’t been under French control for over 200 years.

However, there are many culinary similarities between Haiti and the other French islands. St Lucia and Dominica, though they received their independence from the British and English is the official language, were under French control for many years. For this reason, they also speak a French based creole called patois and again, you will find cuisine similarities with other French islands.

Now you know what I mean when I talk about the French Caribbean, let’s get to today’s recipe.

Banana is the not the most common fruit we think of in the jam conversation – berries and pulpy fruit like mango, peach or papaya are more common. However, Banana Jam…French Caribbean Style is very common in the French Caribbean for breakfast with toast and coffee. Depending on the sweetness of the bananas, it can be VERY SWEET so be mindful how ripe your bananas are. However, it’s also a great use of over ripe bananas, but then just reduce the sugar content a bit to compensate.

I like pairing the banana toast with cheese. The salt in the cheese is a good contrast to the sweet banana jam. 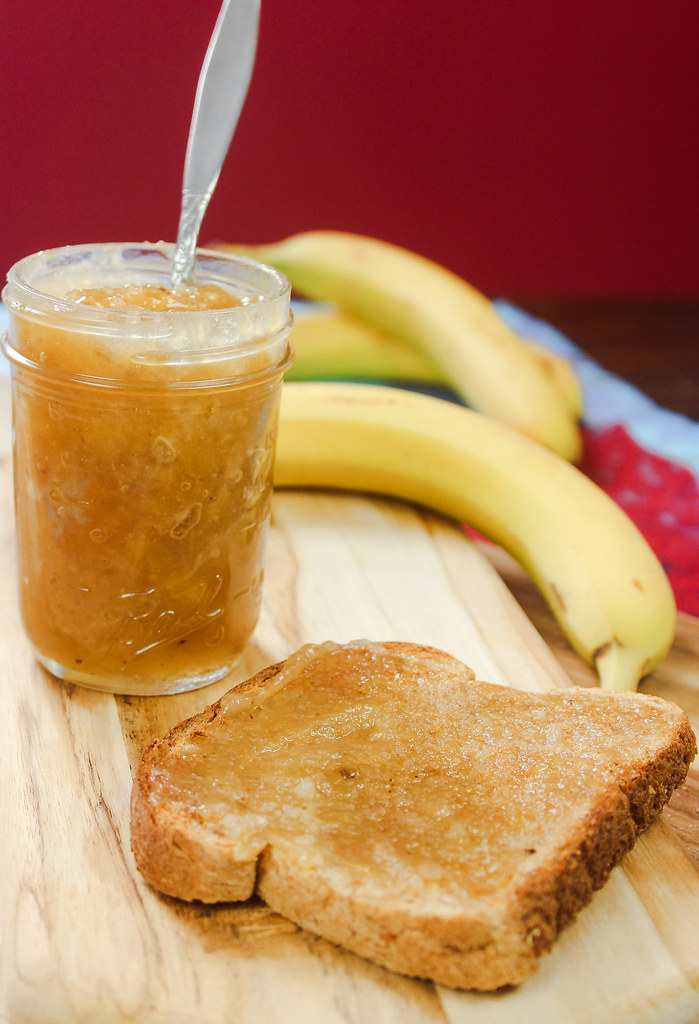 The consistency is a little different than other fruit jams. It’s almost like a very tight applesauce. 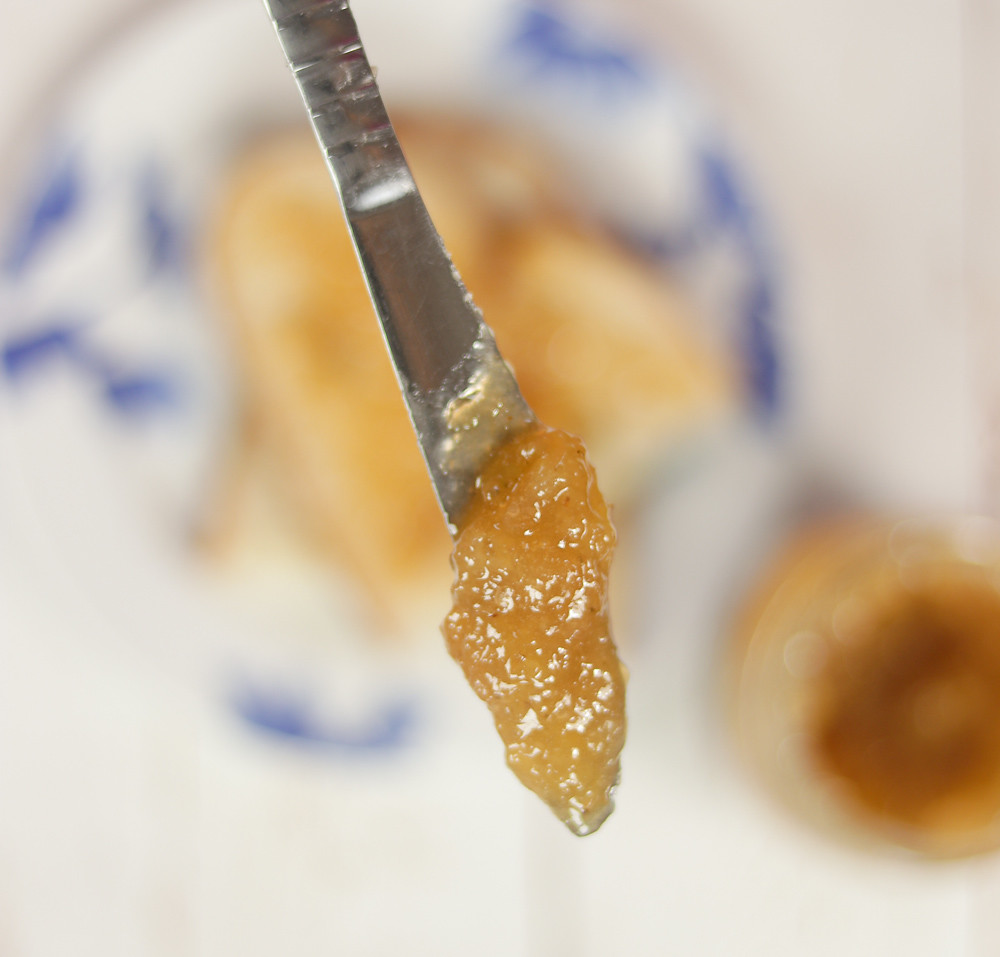 Print Recipe Pin it for later!
4 from 6 votes
SAVE THIS RECIPESaved!

If you’ve over cooked the jam and it chills too hard with the sugars crystalliziing, simply add a little water and stir until water is incorporated. 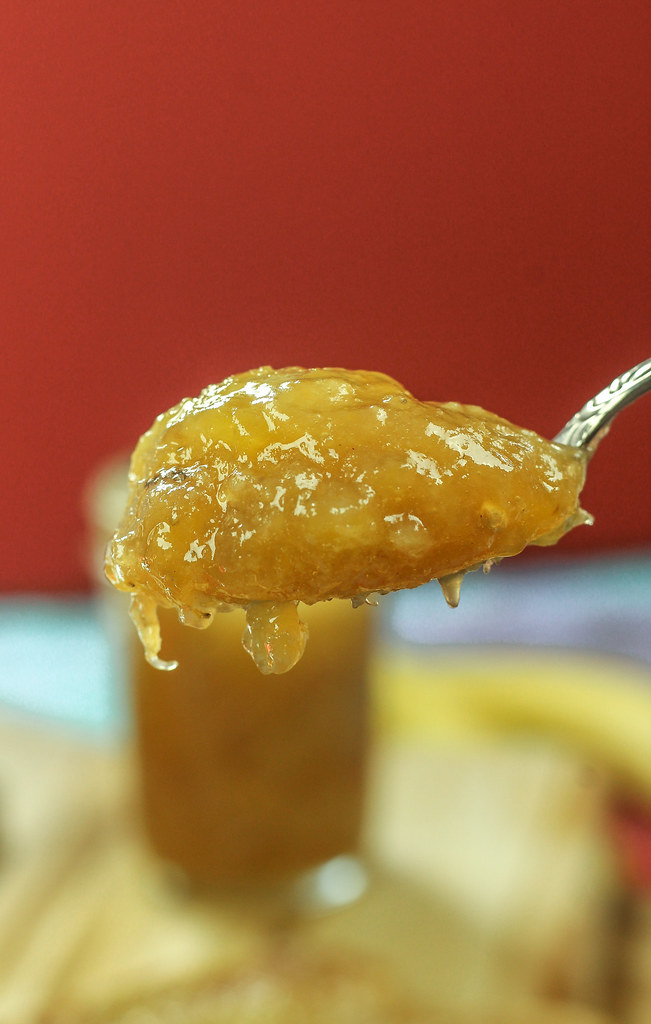