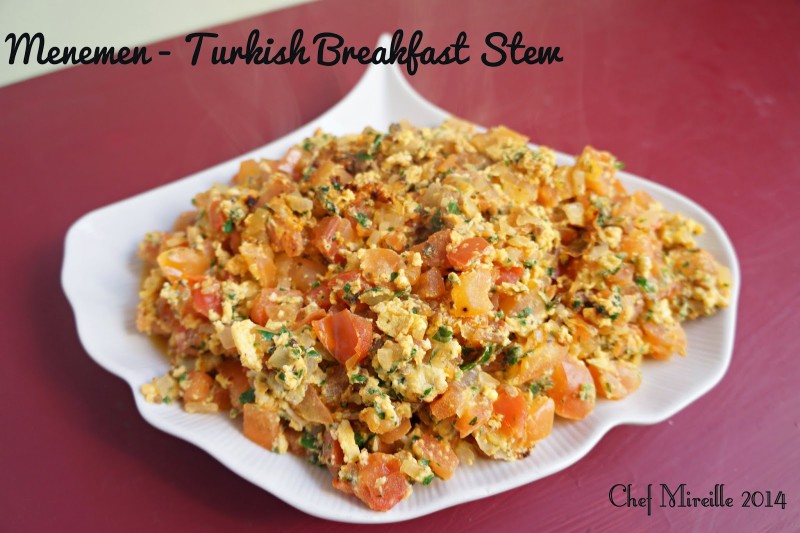 This week I am showing you some delicious options for breakfast as part of my Blogging Marathon theme. While I had planned a more International focus to the recipes, due to a failed recipe I went with mostly American style breakfast recipes. This is the only International one you will be getting this week.

There are many forms of menemem known by different names in different countries of the Middle East. I have previously made shakshuka here, which is the Israeli interpretation introduced by Morrocan immigrants in that country. The difference between shakshuka and menemem is that in shakshuka the eggs are added whole so eseentially, the eggs get baked in the simmering suace. With menemem, the eggs are scrambled into the simmering sauce. Menemem is the Turkish version.

I prefer this version as I am not one who likes baked, poached or fried eggs where the white and yolk is separate.  I am a scrambled egg and omelette person. Even hard boiled eggs I will only eat if it in something like potato salad, but not as is. When I had made the shakshuka, I had house guests and while they enjoyed it I was having no part of it with the eggs in that form. Menemem is a version I would have no complaints enjoying often.

Heat olive oil in a large skillet. Add tomatoes and onion. Cook for about 15 minutes, until almost all of the liquid has evaporated. Add the herbs, cayenne and salt. Stir to combine.
Add eggs and cook, while stirring, until the eggs scramble, about 5 minutes.

Serve with toasted pita or other flatbread.

This is a great dish to include on your weekend brunch table. 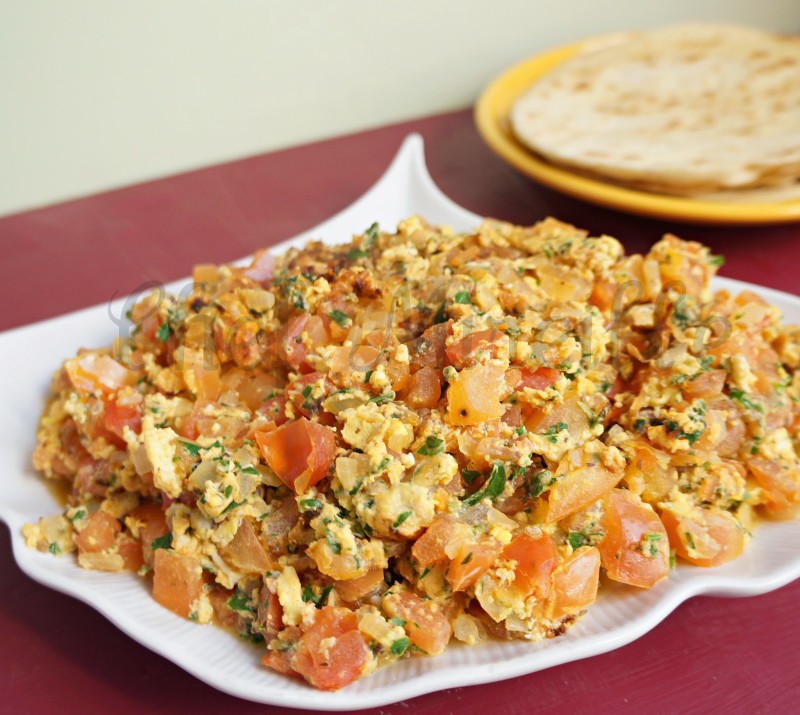 …linking to Come Join us for Breakfast & Healthy Breakfast Ideas

Chef Mireille
LIKE THIS RECIPE? LEAVE A COMMENT..I LIVE FOR THEM!