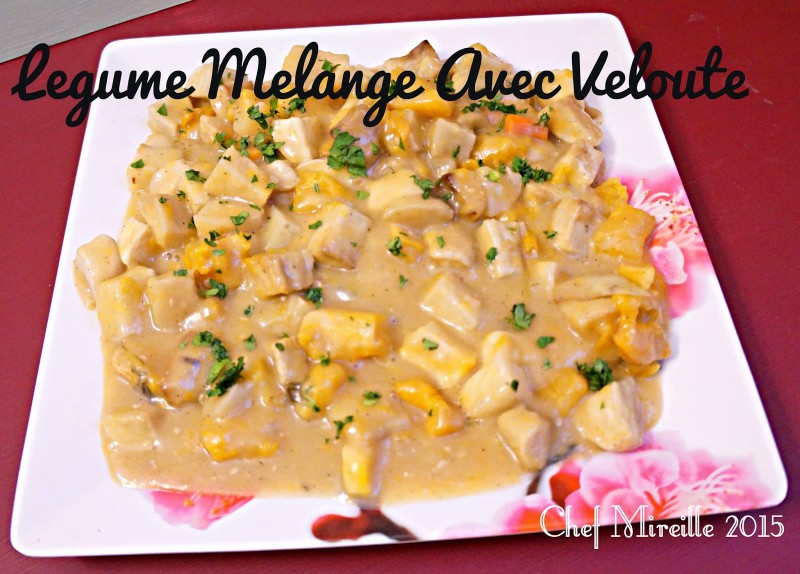 For this week, I have been focusing on French cuisine. Cuisine as an art form and as a craft has been credited to the French. Sure, people have been eating and preparing food since the beginning of time, however the thought of food prepared outside the home and charging people for it as a service is credited to Boulanger, a Frenchman, who is said to have opened the first restaurant in 1765. Careme, who came along in the early 1800’s then developed haute cuisine is credited as the father of the Mother Sauces.

Veloute (pronounced veh-loo-tay) is one of the 5 mother sauces. The mother sauces are the backbone of French cuisine. All sauces are said to be derivatives from one of these 5. In culinary school, we learn a quick acronym to help us remember the names of the sauces – Beth the 5th, using the roman numeral for the fifth.
B – Bechamel
E – Espagnole
T – Tomato
H – Hollandaise
V – Veloute

Espagnole is a very complex sauce that takes days to develop the optimal flavor. It starts with the roasting of veal bones. Tomato is pretty self explanatory. Hollandaise is an egg rich sauce that is traditionally served with Eggs Benedict.
Bechamel and Veloute are the two sauces most similar. They both start with a butter and flour roux. With bechamel, milk is added and to this base. Cheese is often added to make cheese sauces for macaroni & cheese or Italian alfredo sauce. With veloute, chicken or fish stock is used instead of the milk.

In a saucepan or large skillet,melt butter. Add flour and cook until the color is light golden brown, known as blond roux in the culinary world. At this point, add the stock, while continuously stirring for about 5 minutes, until the sauce is thick and smooth. It should coat the back of a spoon. Season with salt and pepper.
Add roasted vegetables and stir to combine. 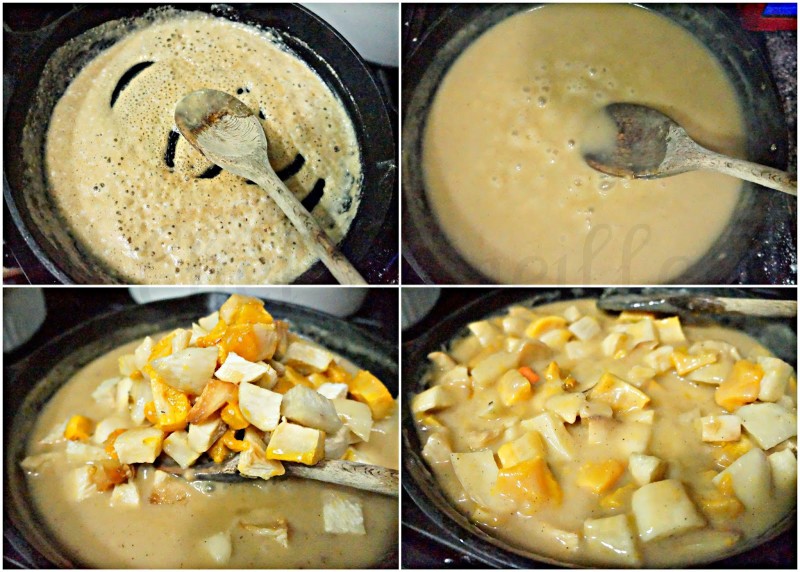 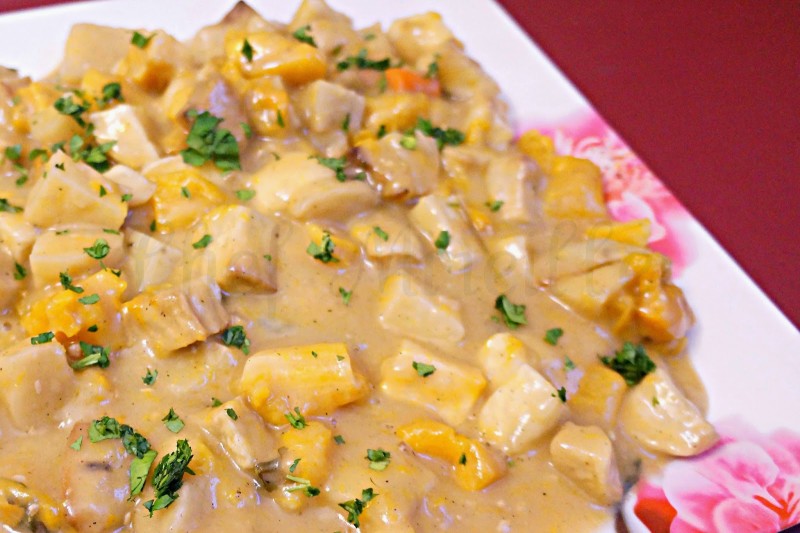 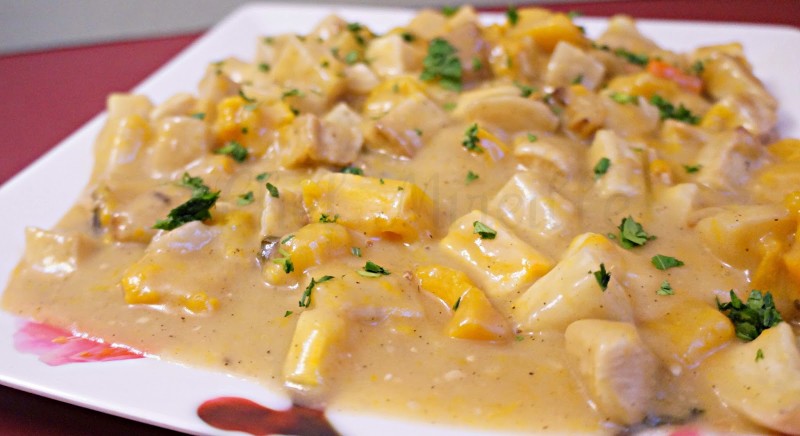