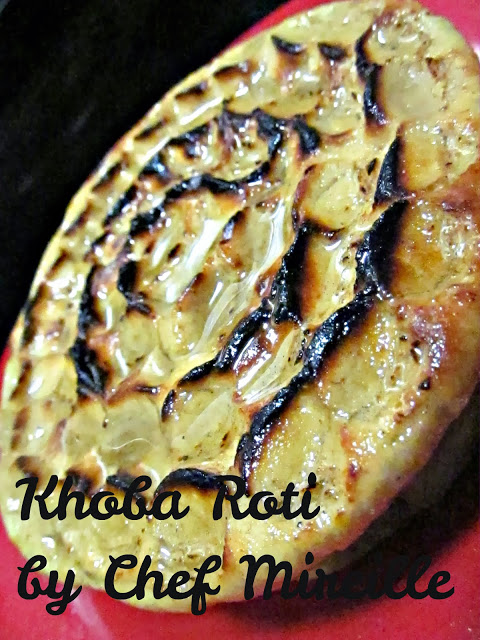 It’s time to explore another Indian state. If you recall, every once in a while the Blogging Marathon themes include a regional state option. Sometimes our fearless leader Srivalli picks the state and other times she leaves the state picking up to us, but puts other stipulations instead. With these themes, I’ve already explored Goa, Kerala and the Seven Sisters (seven states located in NE India).

Since the last time I chose to explore an Indian state I selected Kerala, this time I wanted to go North. After much deliberation, I finally decided on Rajasthan and discovered some unique recipes I’ve never before encountered in restaurants, cookbooks or blogs.

This roti is traditionally cooked in a tandoor. This is a modern adaptation using the regular stovetop.

Combine flour and salt in a large bowl. Add ghee and rub into the flour by hand. Add water a little at a time, until you have a stiff dough.
Divide dough into four even sized pieces. Roll each piece into a thick, round roti, about 5″ in diameter.
With a knife, make slits on one side of the dough. This is to make sure the roti receives ventilation to cook on the inside, since it is much thicker than regular chappati/roti.
Heat a tawa or griddle. Place slit side down on the tawa/griddle and cook on low heat for about 5 minutes, until it starts to brown.
Remove from the tawa and make indentations by pinching the dough in a circular motion (similar to the way you would crimp the edges of a pie, but do this for the entire top surface of the roti).
Now place the roti directly over a low flame on the stove and cook, moving the roti around every 30 seconds or so, so that it will cook evenly, for about 5 minutes. Using tongs hold the roti over the flame on the sides, so that the sides will also cook over the direct heat. (Use the VahRehVah link above to see exactly how this is done via YouTube video). 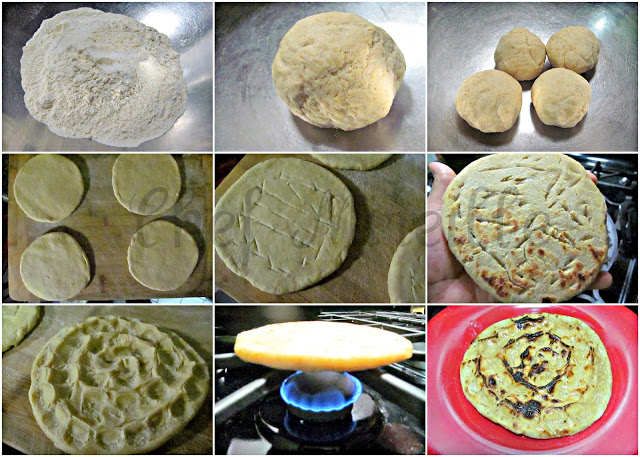 After roti is cooked, pour ghee on the indentation side of the roti and serve with your favorite curry. 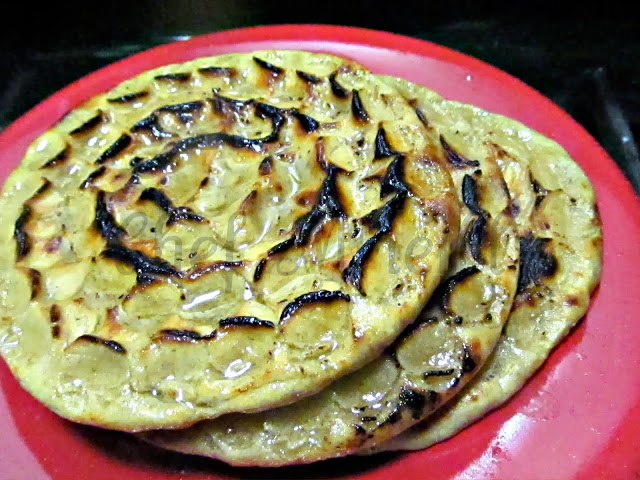 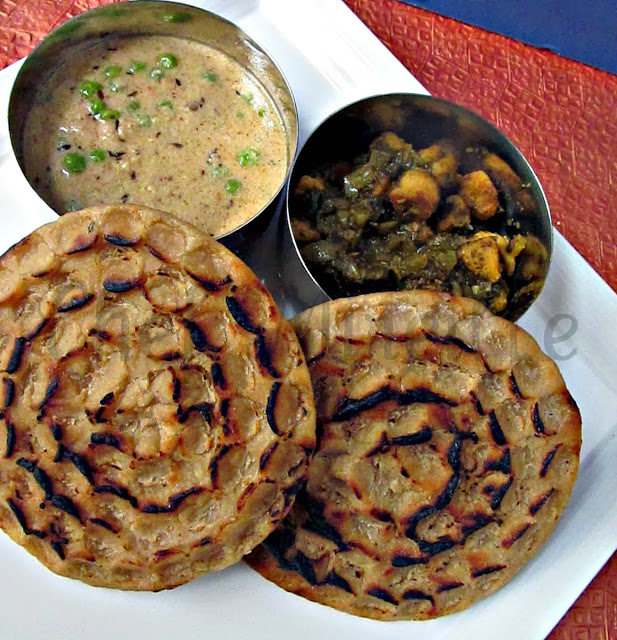 Like melted butter in the nooks and crannies of an English muffin, the ghee in the grooves of this roti is just scrumptious as the roti absorbed the ghee. Dipped first in the Khoya Matar which is a little on the sweet side and then scoop up some of the Palak Mangodi which is a spicier curry, it was the perfect balance of richness from the ghee married with a sweet and then a spicy curry. An explosion of flavor!!! 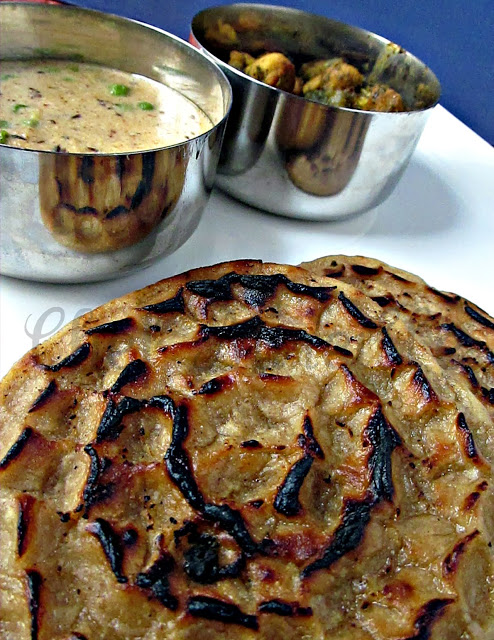 Every time I do another Indian state cuisine, I say the same thing but at the time, I always feel it’s true. So for the current moment, Rajasthan has now become my new favorite Indian cuisine.

If there are leftover khoba, Rajasthanis crumble up the leftover pieces and mix with jaggery and a little ghee and eat it, similar to churma. 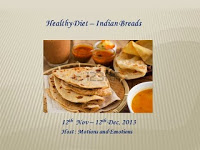