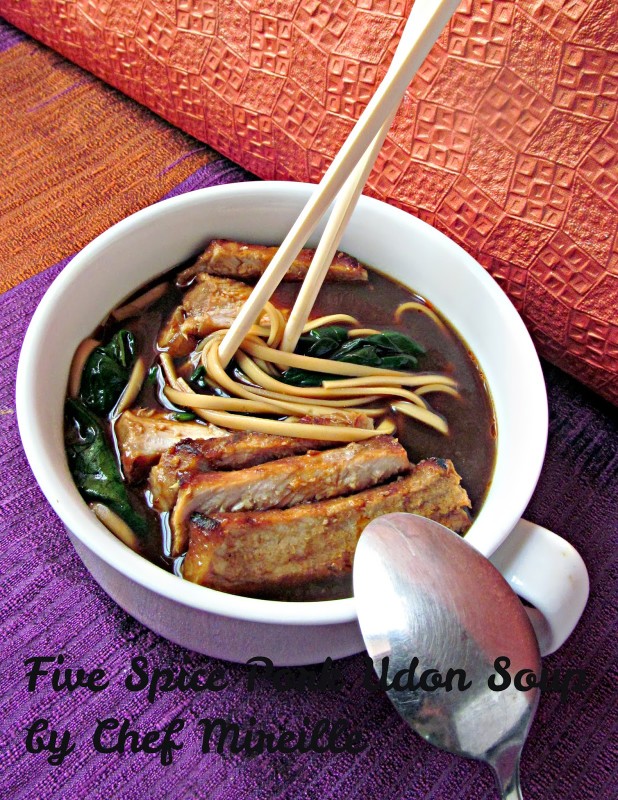 This week’s I Heart Cooking Club theme is Asian inspired Donna Hay recipes. Here is a delicious soup to warm you up this winter as we suffer through the polar vortex. I made some minor changes to her recipe here. I mixed and matched Asian cultures by including Udon noodles in this Chinese inspired soup, but there were no rice noodles in the home pantry. Feel free to use rice noodles, as was used in the original recipe.

To serve, divide soup into two bowls. Divide sliced pork between the two bowls. Garnish each serving with 1/2 teaspoon of chili oil. 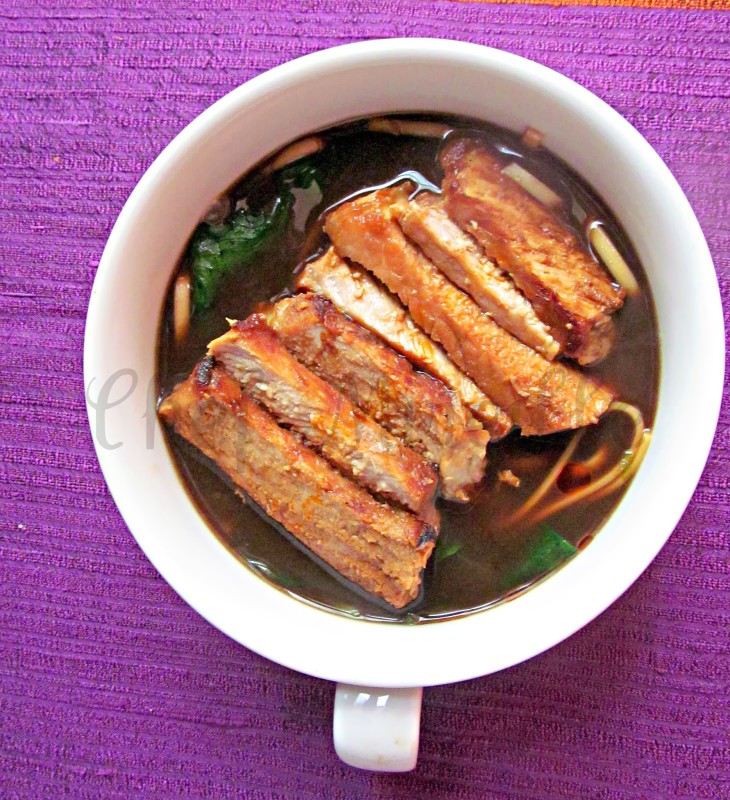 Notes: Different broilers have different temperature gages. Check the meat frequently and cook until just done. Since there is virtually no fat with this cut of meat, it’s important that you do not overcook it.There is nothing worse than dry, overcooked pork loin. I used an instant read thermometer and cooked it until it was 140 F. The carryover cooking while the meat rests will finish cook it.

I enjoyed this soup so much. I made it on a day when it was 13 degrees F outside my door. It was warming and had such a great balance of flavors – a little sweetness from the hoisin pork carmelization, saltiness from the soy sauce, freshness from the spinach and smokiness from the five spice. 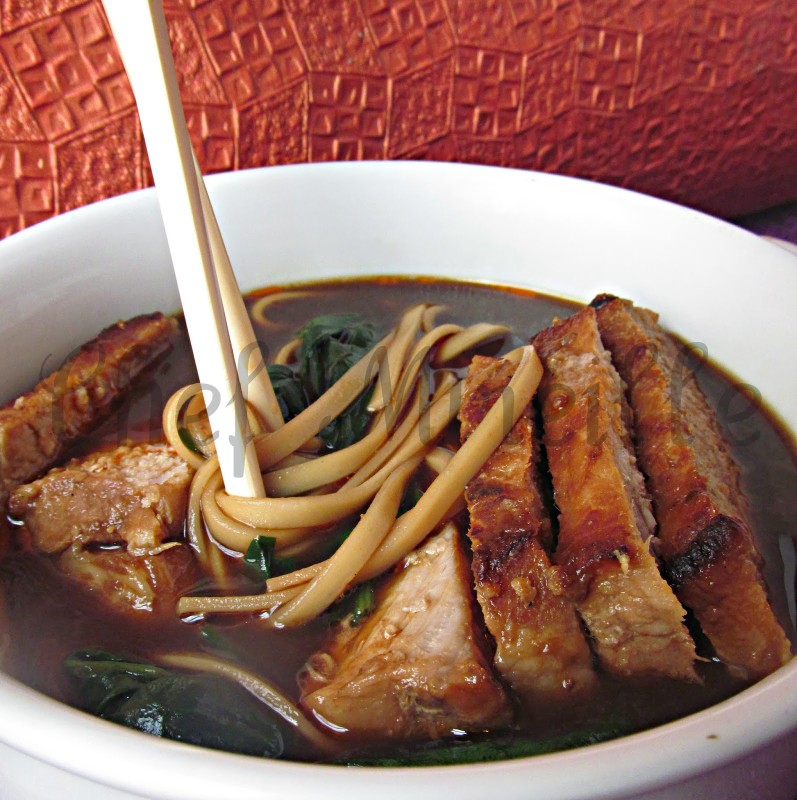