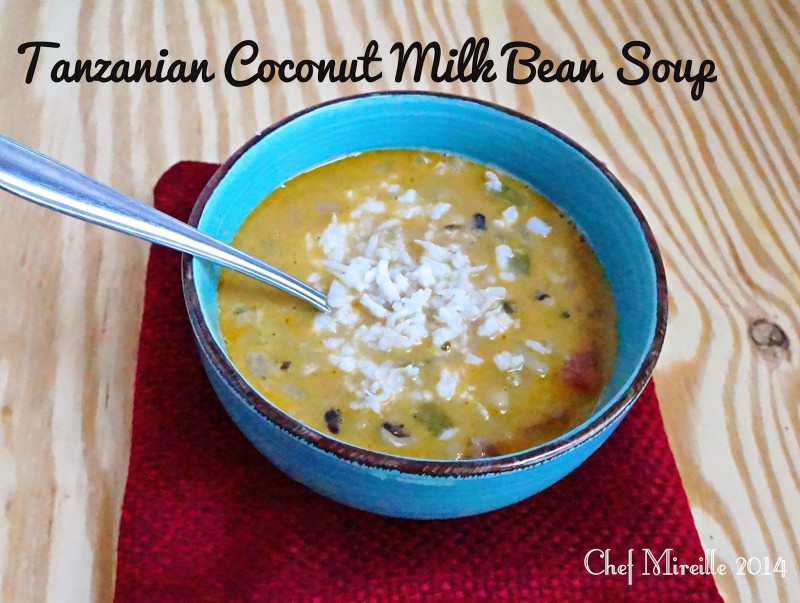 T is for Tanzania…

Tanzania is a coastal African country on the Southeastern coast. It shares borders with 7 other African nations. The name comes from the former name of Tanganyika and the Zanzibar islands, also known as the spice islands. Zanzibar was Africa’s port of trade with Arab and Indian traders When Zanzibar and Tanganyika merged to form one country in 1964, the two names were merged to become Tanzania.

Cornmeal, millet, rice, cassava, plantains, goat, yogurt, beans and fish form the staples of Tanzanian cuisine, with most dishes including some form of coconut. Here is one of the most popular soups from Tanzania.

Cook beans until tender.
Heat oil. Add onions and bell pepper. Saute until softened.
Add curry powder, black pepper, chile powde, butter tomatoes and salt. Stir to combine and simmer for 5 minutes.
Add beans, coconut milk and water. Bring to a boil. Reduce to a low simmer and cook for 10 minutes.
Add rice and cook for another 5 minutes, until heated through. 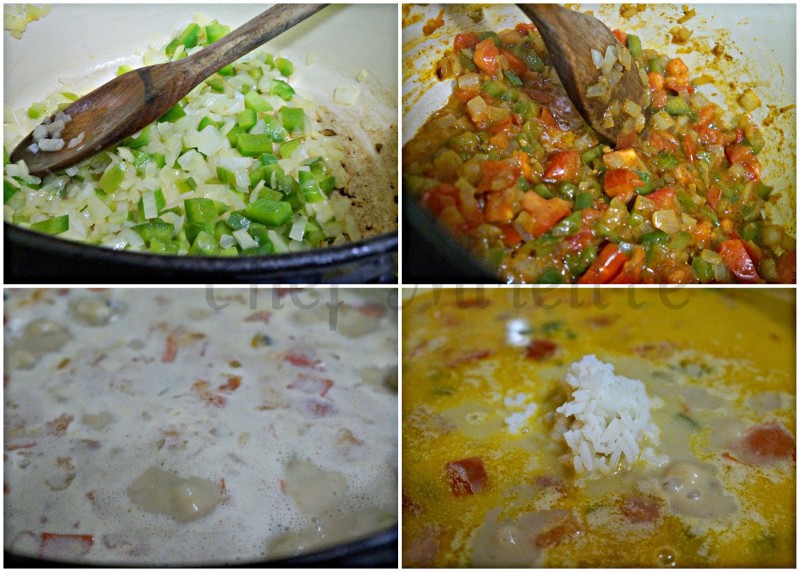 To serve, garnish with the grated coconut. 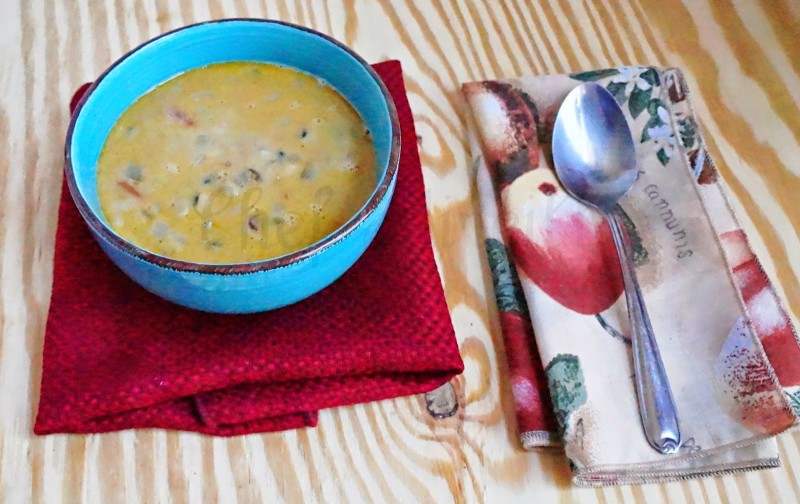 The flavors in this soup reminded me a lot of Bahia soups and stews. Bahia is the coastal Atlantic coast of Brazil where the African descended community of Brazil is concentrated. The flavors in this reminded me of Bahia seafood stews which I have made in the past. The Bahia also eat black eyed peas a lot. You can’t help but consider the African cuisine stayed intact although traveling so many miles and over oceans. 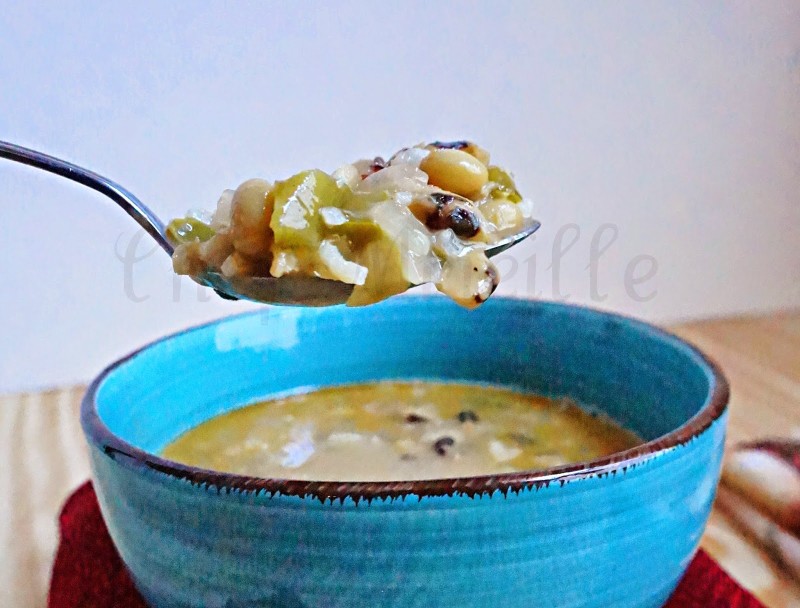