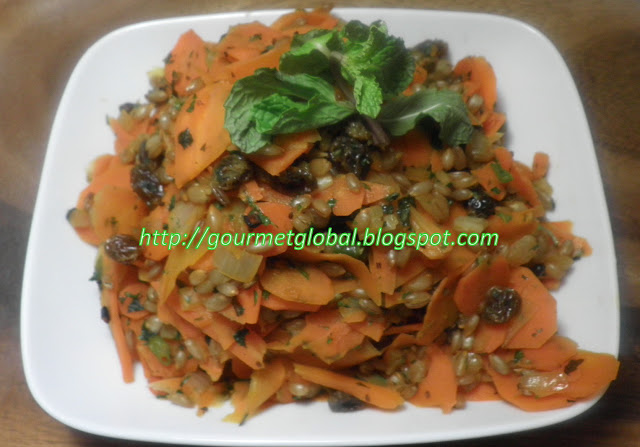 I originally had another recipe scheduled to post for today’s Blogging Marathon entry, but as I was celebrating Holi in NYC today, I realized I needed a colorful recipe to celebrate the Festival of Colors, so I am posting this recipe, which was originally scheduled for tomorrow and you will just have to wait another day for the Soy-Cauliflower Curry.

Holi festivities ended about 2 weeks ago in India, Trinidad, Malaysia, Guyana and other countries where it is celebrated.  However, it still continued in NY until today.  Today, at Dag Plaza, Holi was in full effect with Bhangra, Henna and Colors!  Holi, the Festival of Colors was enjoyed by Indians, in addition to all the other races and peoples that populate NYC.
Bhangra was on the stage and to educate the non-initiated, each session the leader pulled someone from the audience (Caucasion, Indian, African American – whoever was willing to come on stage) and showed the basics of Bhangra.  These were not just Bhangra performers, but Bhangra teachers – it really was a high energy, fun-filled afternoon.  A few food stalls, your requisite booth selling bangles and henna artists were on stand-by!

Here are some pics from the event:

To continue the colorful holiday, I changed my original plan and am posting this colorful carrot recipe!

The inspiration for this recipe came from one of Madhur Jaffrey‘s recipes that I have been making for several years.  Today, we have Holi festivals and many other things that celebrate the Indian culture in NYC.  However, Madhur Jaffrey can be credited with introducing Indian culture, and especially its cuisine, to Americans in 1975, when her first cookbook was published, adapting Indian cuisine to American kitchens and available products.

More than 30 years later and more than a dozen cookbooks later, she is still educating Americans on the foods of India and beyond.  Personally, I own two of her cookbooks, World Vegetarian and Madhur Jaffrey’s Quick and Easy Indian Cooking.  In addition, before blogging and the Internet, I used to go to the library and borrow her cookbooks and make copies of the recipes I wanted to try.  All of these recipes have now been entered into my Mastercook database.  Before I was a food writer, I was only collecting these recipes for my own interest and was not thinking of accreditation, so I did not think to note which cookbook it is from, so you just have to take my word that this recipe is from one of her cookbooks.

Adjusting the seasonings slightly and adding the rye berries make this a fiber-rich delicious dish!

Place rye berries in a saucepan and cover with water.  Soak overnight.
Exchange water and bring to a boil and cook until tender, about 30 minutes.
Heat oil in a skillet.  Add urad dal and ajwain and fry for 2 minutes.  Add onion and chiles and cook, until onions are translucent. 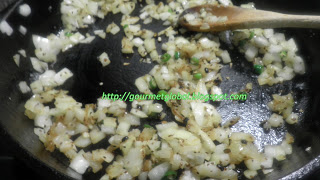 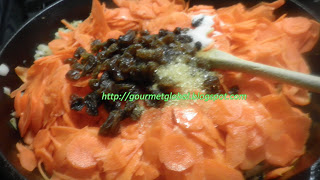 Cook for about 5 minutes, until carrots are tender.
Add mint leaves and rye berries and stir to combine. 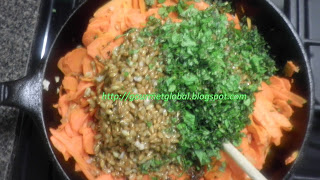 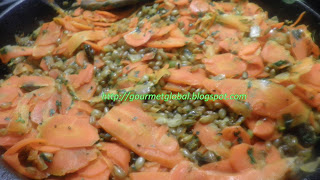 Enjoy this simple, Indian colorful meal…as the festivities of Holi disappear…until next year! 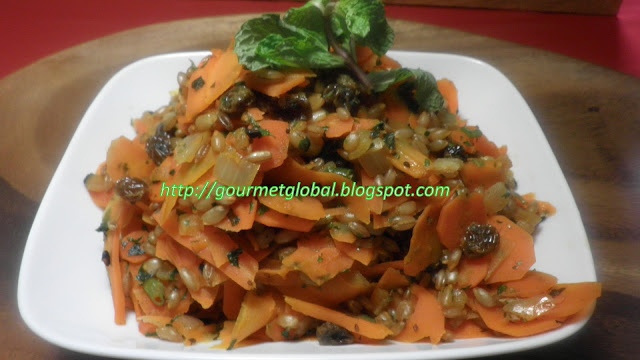 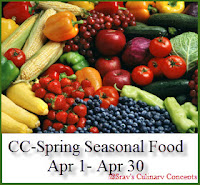 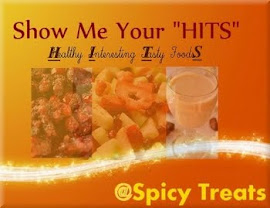