Roasted Cauliflower Fattoush is the Middle East’s answer to Panzanella Salad and this version is fortified with some roasted cauliflower.

My BM theme this week is Lebanese cuisine. Often I go in search of very traditional recipes when I am presenting the foods of different countries. However, I think it’s just as interesting to create simple every day meals, using the flavor profiles of different countries. Once you know the spices and herbs used in the cuisine, you can create any meal around any country.

I took a traditional Middle Eastern salad eaten in Lebanon as well as Syria and Jordan and added a unique twist I am sure the Lebanese people would love and I wouldn’t be surprised if someone in Lebanon has already invented a variation similar to this one. Fattoush is a kind of bread salad popular throughout the Mediterranean. I have already presented the Italian version here.

I had made this huge loaf of Herb & Spice bread flavored with cumin, coriander, anise, cilantro, mint and pink peppercorns. Since the flavor profile is in synch with Middle Eastern cuisine, I subbed the traditional pita bread and used this bread instead. I also fortified the salad with some roasted cauliflower. However, if you’d like to try the more traditional version with pita bread, here is my pita bread recipe.

IN THE MAKING – HOW TO MAKE ROASTED CAULIFLOWER FATTOUSH 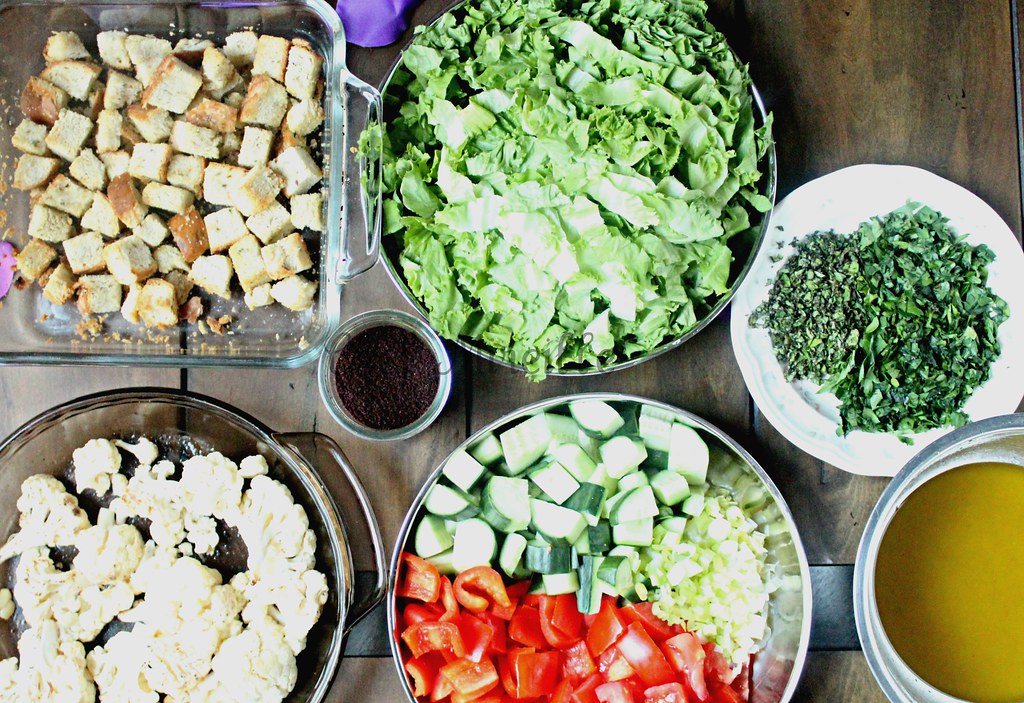 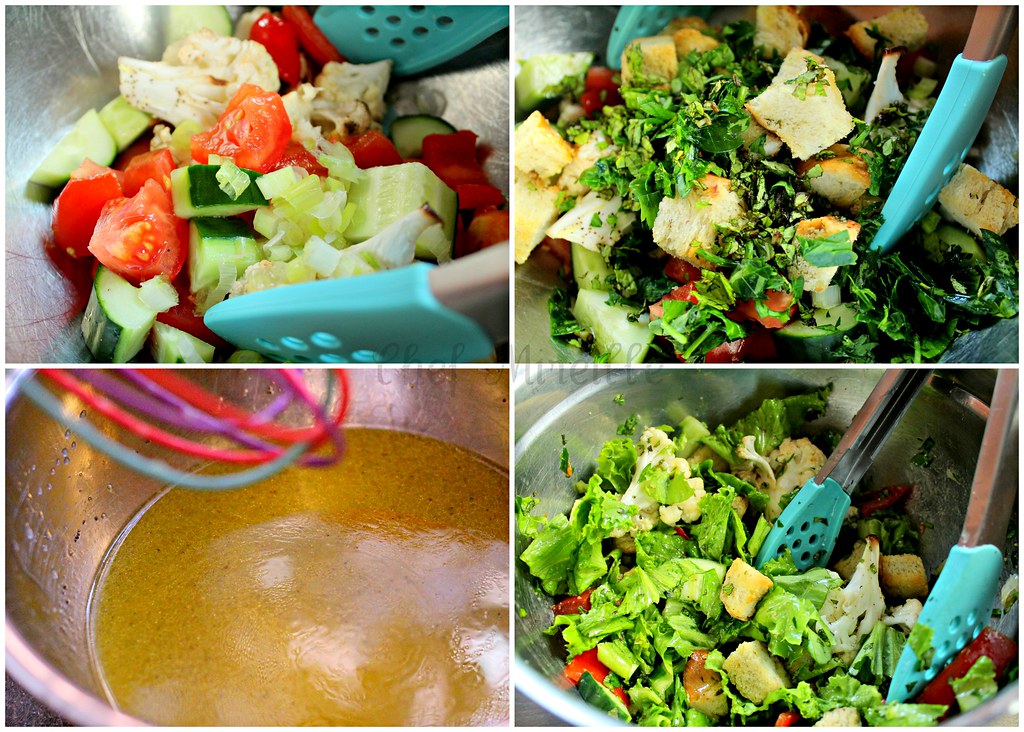 This is a delicious and fresh salad that you can make your own creative twists to by adding additional vegetables as you desire.

Even though we are heading into fall soon, let’s keep it healthy by including delicious salads like this as part of your daily diet. 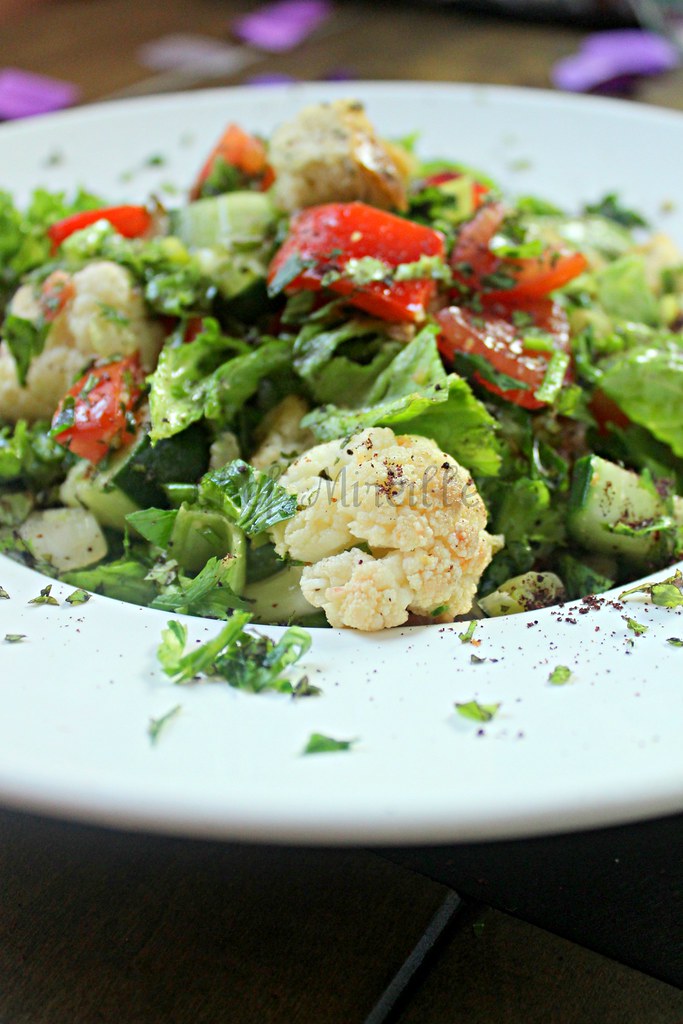 Here are some more salads for more inspiration! 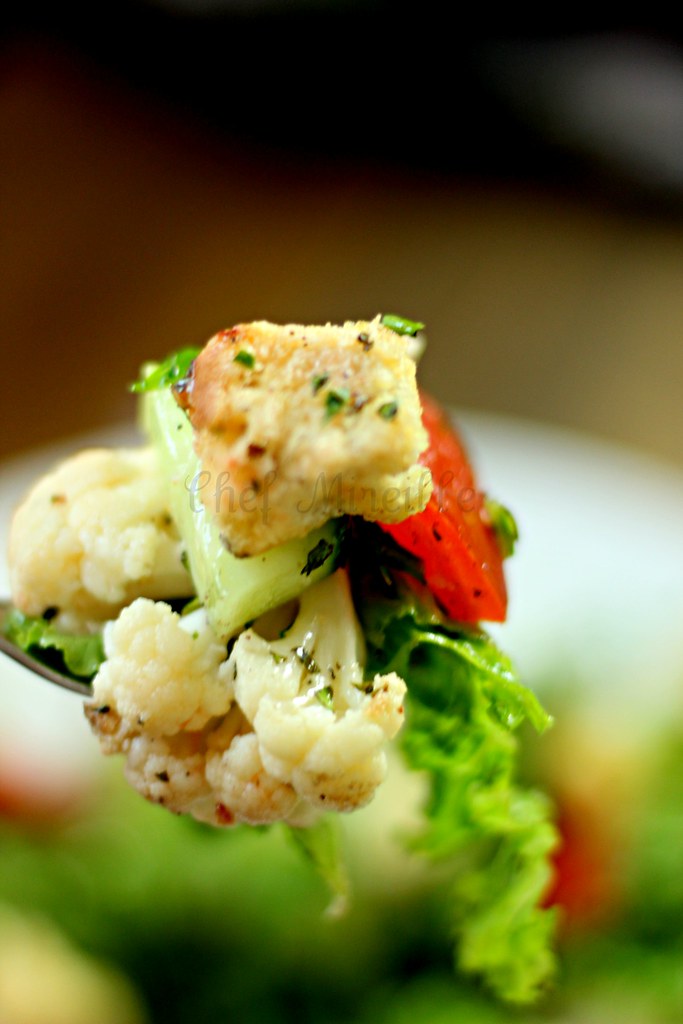 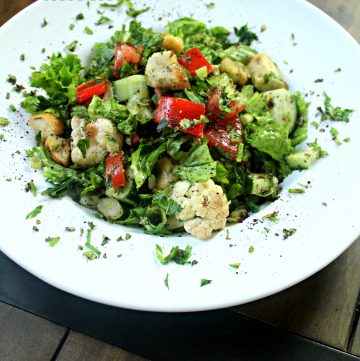