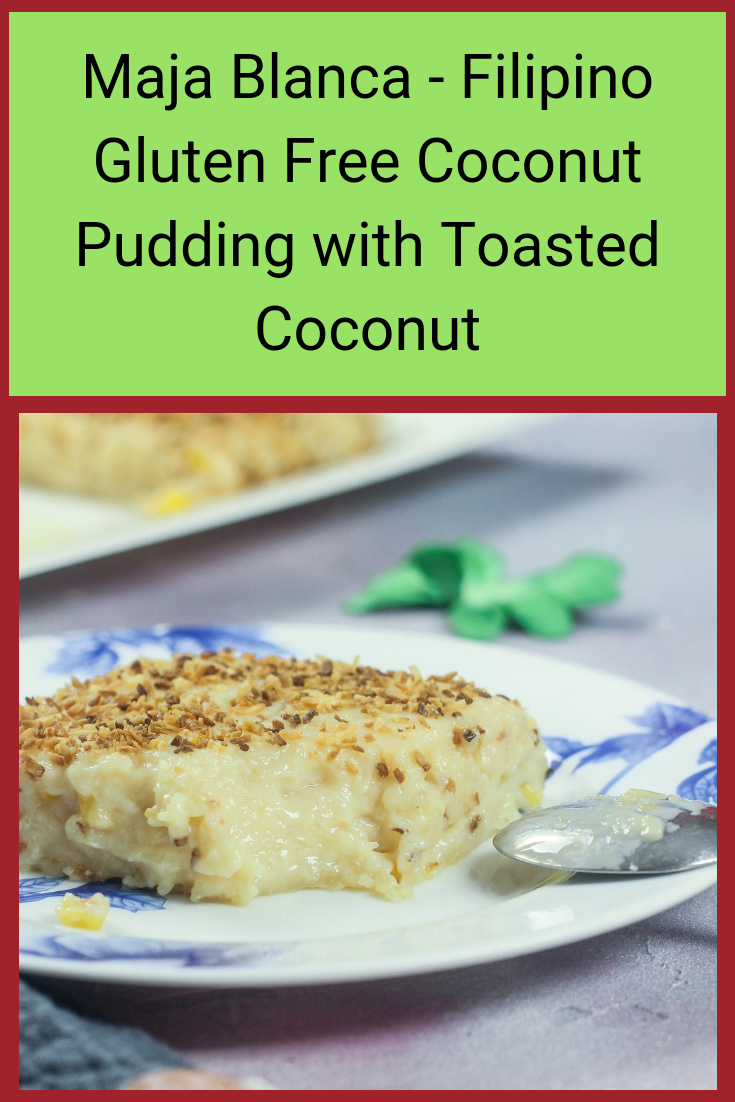 Traditionally it was made with just 3 ingredients – coconut milk, cornstarch and sugar.

Over time, the recipe has evolved into the thick and creamy pudding it is today with the inclusion of evaporated milk and condensed milk. Modern versions always also include corn and sometimes cheese.

Traditionally, the pudding is topped with latik. Latik is a crumble that is created by cooking thick coconut cream until the oil separates and curds are formed. These are then cooked until they turn golden brown.. Nowadays, it is often garnished simply with grated cheese or toasted dry coconut.

I used toasted dry coconut in this version.

Filipino aka  Pinoy Cuisine is definitely on one of my top 5 favorite cuisines. It is a wonderful fusion of both Asian and Spanish culinary traditions. Due to their colonization by Spain, things like flan, polvorones (cornstarch cookies) and lechon (crispy skin roast pork) are very popular. However, foods that often include ginger, tamarind, soy sauce and noodles don’t neglect their Asian heritage and culture either.

Interesting in experimenting more with this multi faceted culture even more? Check out some of my other Pinoy Recipes!

IN THE MAKING – HOW TO MAKE MAJA BLANCA 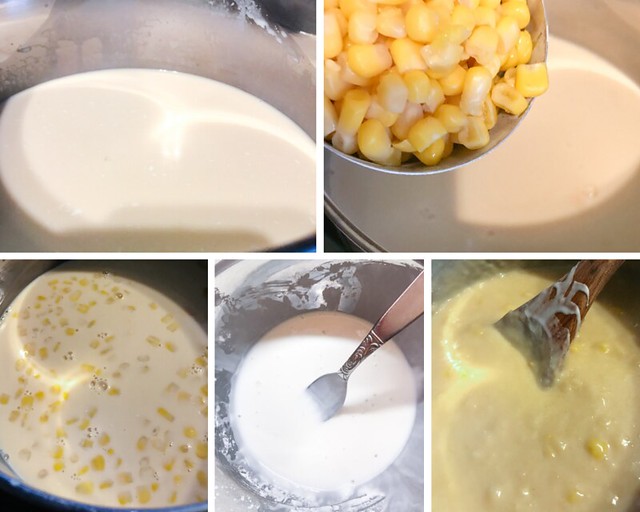 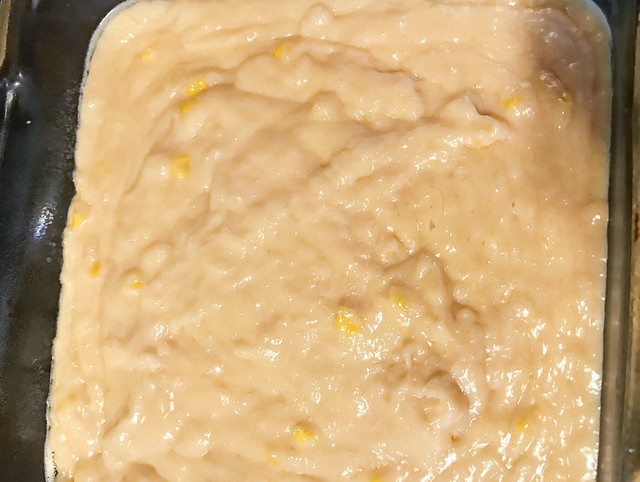 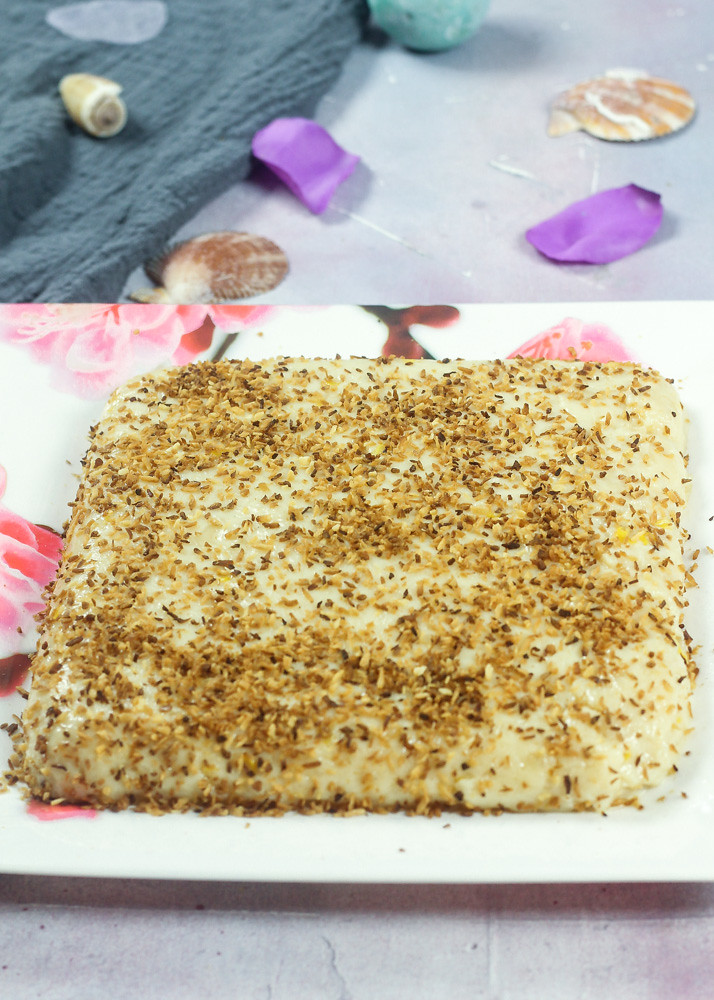 This dessert is so luscious and creamy! 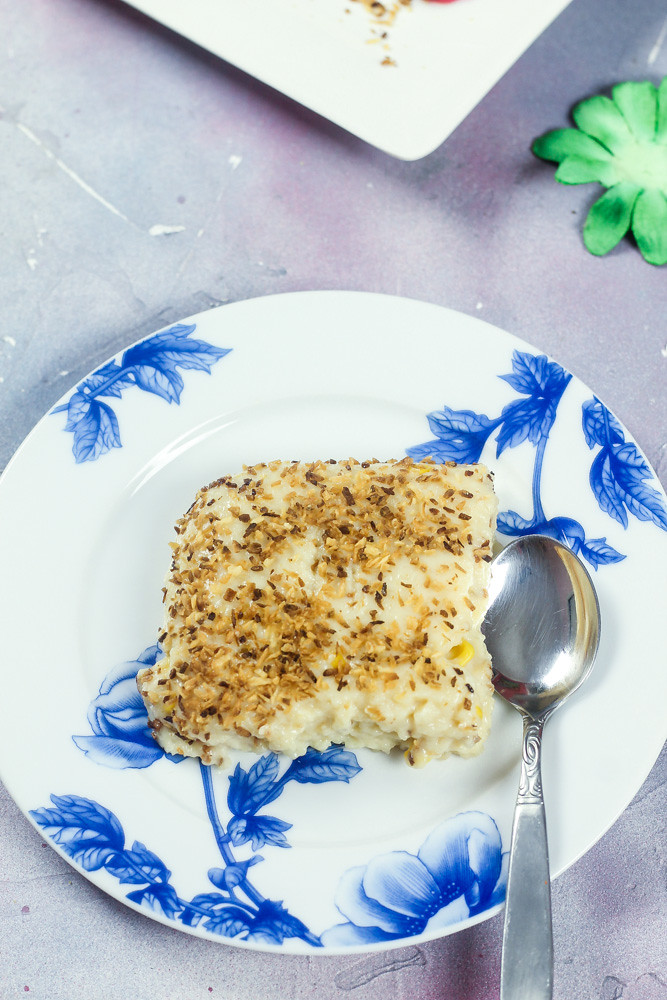 Serve it this year at your holiday meal – It is one of the most popular Christmas desserts in the Philippines! 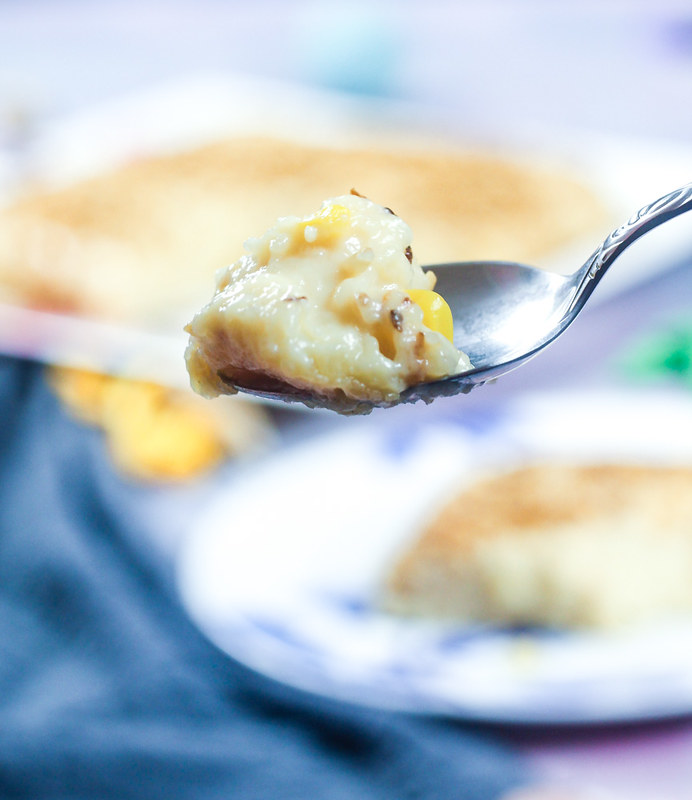 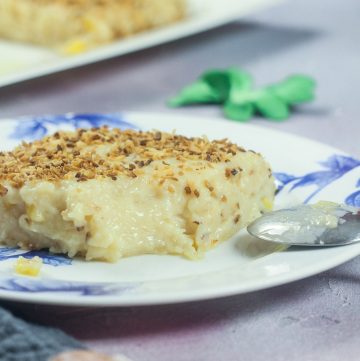 Print Recipe Pin it for later!
4 from 1 vote
SAVE THIS RECIPESaved!