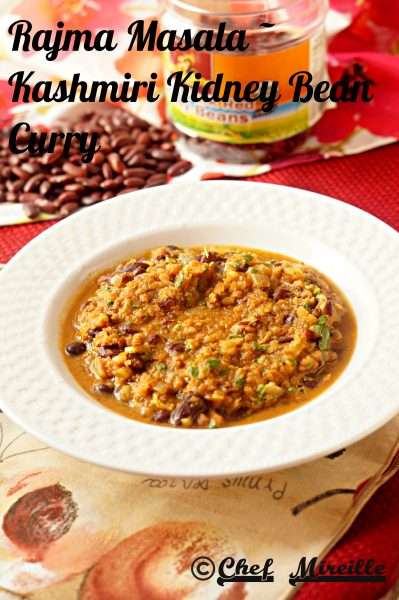 Rajma Masala or Kidney Bean Curry is popular in the northern Indian states of Punjab and Kashmir. There are slight differences in spices used, but both equally delicious. This Kashmiri Rajma Masala can be your main course in a hearty vegetarian meal.

I am presenting this dish as part of my mixed Kashmiri thali. This thali includes dishes from both the Hindu and the Islamic communities. This is a traditional dish of the Kashmiri pandits. Traditionally, it would not include onion as it was a satvic dish, meaning no onion or garlic would be used. Most traditional Kashmiri pandit foods are usually flavored with asoefetida and yogurt, instead of onion and garlic which is used in the dishes of the Muslim community. However, modern versions usually include onions.

I have seen many different versions of this, with much variation regarding color and consistency. Some use tomatoes and some don’t…some use yogurt and some don’t. At the end of the day, I always say there can be many versions of an “authentic” recipe because recipes will vary from home to home. Maybe the person cooking it in that home wasn’t partial to tomatoes or was allergic to dairy so didn’t use yogurt…who knows. I think as long as the essence of the recipe is still there it will still be a Kashmiri Style Rajma Masala. Anyway, here’s my version and I hope you enjoy it!

Don’t miss the other dishes of the thali:

Haak Ki Sarson (unfortunately with all these dishes, I forgot to get pics of this dish on its own, so the recipe will come later after I re make it) – a simple mustard green preparation in chile infused broth 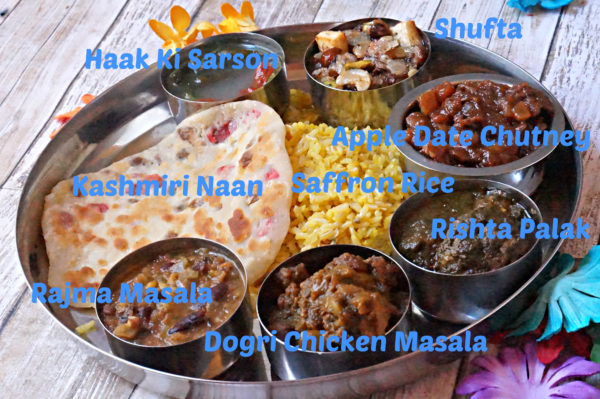 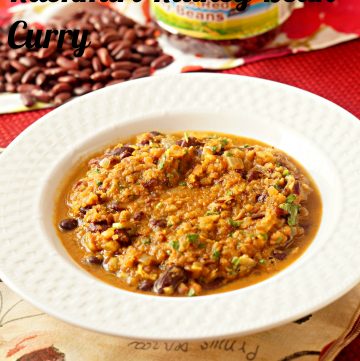 You can skip the soaking and cooking of the beans and use canned beans instead.
Did you try this recipe? Leave a comment below.Please follow me on Instagram @chefmireille or tag me #chefmireille with your pics! I'd love to share them!