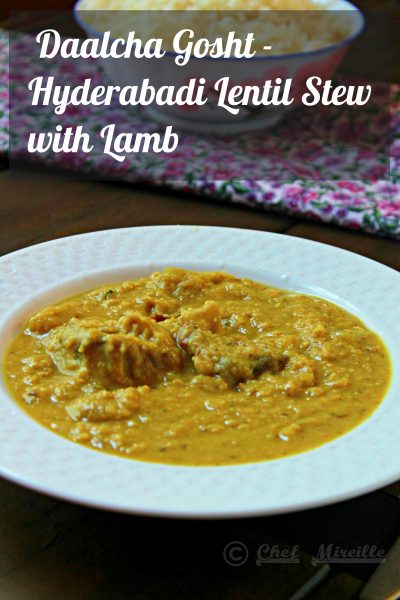 This protein rich Hyderabadi Lamb & Dal Curry – Daalcha Gosht  is a hearty and healthy meal. With just a small quantity of meat, it is not high in fat. Serve with Basmati rice for a filling and delicious Indian Meal!

Don’t get scared of the cooking time. The 4 hours is for pre soaking the peas and is not necessary if you use a pressure cooker!

Hyderabad, an industrialized city located in southeastern India, is widely known throughout India for its cuisine, among other things. Also known as Deccani cuisine, it was developed by Turkish shah, Sultan Quli, part of the Qutb Shahi Dynasty that ruled Hyderabad from 1518-1687. Their cuisine is a fusion of Turkish, Arabic and Mughlai cuisine with local Telugu flavors. Additionally, a sub cuisine also exists in Hyderabad known as Nizami. Nizami cuisine is characterized by being low in fat, but rich in flavor. High taxes made the Nizam’s the richest princely rulers of India, which caused their people to develop a cuisine that reflected their poor status. Nizami cuisine does not utilize ghee, milk and yogurt, as does other Indian cuisines. It is known as a low fat cuisine, within India.

The Nizam’s ruled Hyderabad state from 1724 under the Asaf Jah Dynasty until 1948, when they were forced by police action to give up their governing status to an independent India. Hyderabad state was absorbed by neighboring states, by dividing it along linguistic lines.

This recipe is one of the recipes developed under Nizami rule. Traditionally,mostly bones would be used as the people would not be able to afford meat. However, today meat on bone is generally used although the quantity of meat to dal is still quite low.

Bottle gourd has become my new favorite vegetable, second only to spinach. I was so happy to find yet another recipe to utilize this new fave. Just in case you missed it, do check out my Bengali Lauki (Bottle Gourd) Curry! 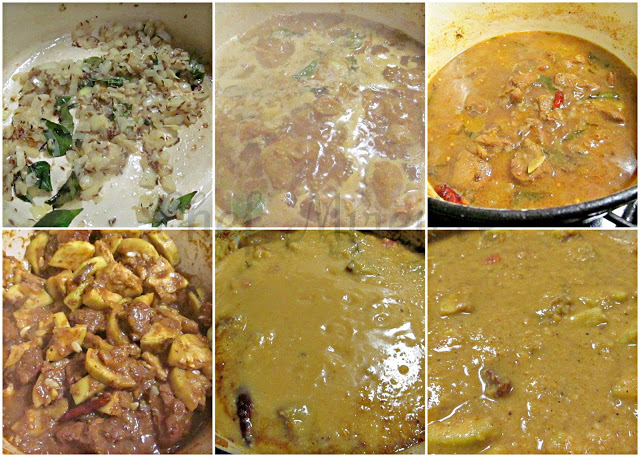 With chile powder, dried chiles and fresh chiles, this is a spicy and flavorful curry to awaken your taste buds. To complete your Hyderabad experience, end your meal with Khubani Ka Mitha. 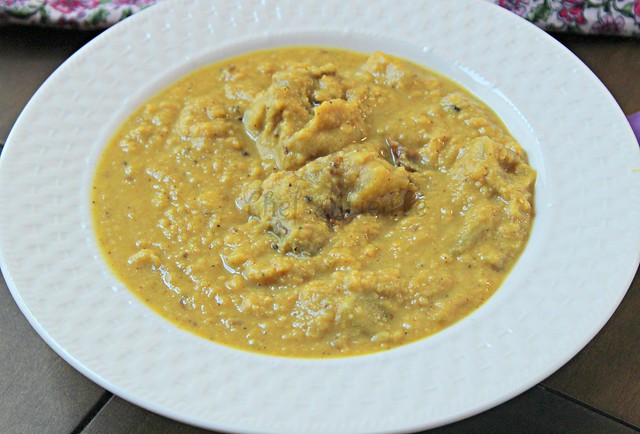 Hope the Hyderabadi’s feel I have represented their cuisine well. 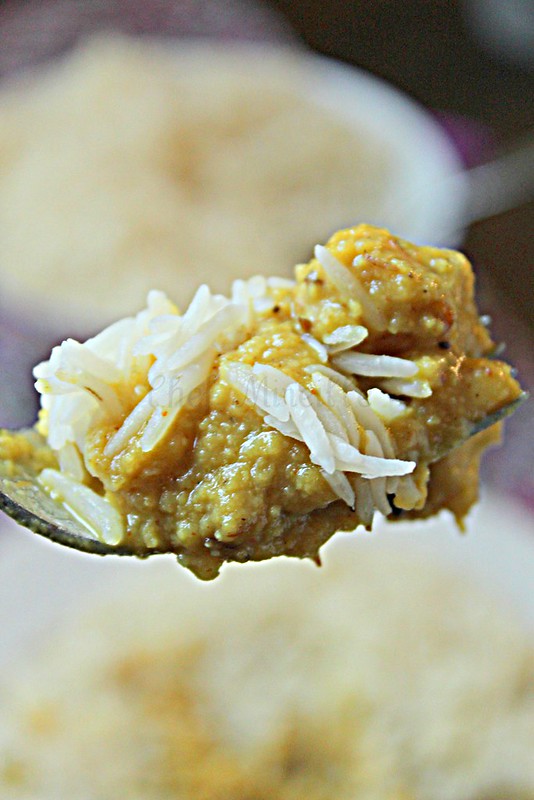