Akdeniz is a Turkish restaurant of average fare.  The food is well seasoned and tasty, but nothing spectacular, in comparison with other Turkish restaurants.  An enjoyable meal and if I am ever in the neighborhood again, I would eat here again, but certainly not a place that I would intentionally make plans to revisit. 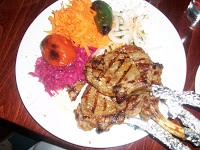 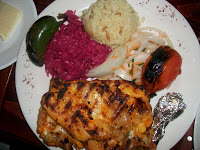 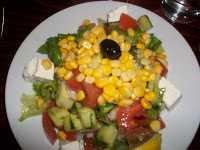 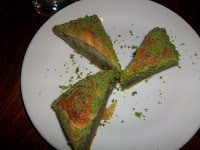 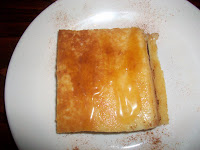 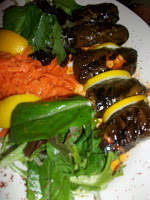 The pre-fixe menu offers a wide selection of 3 courses for $23.95 including a beverage.  The standard Middle Eastern creamy salads like hummus, baba ghanoush and caviar salad are served.  The best choice is the Mediterranean Salad, with tomatoes, cucumbers, corn, fresh mint, fresh dill, garnished with feta and seasoned with lemon juice and olive oil.  Dill is a very strong herb and can be overpowering in many cases.  This salad was seasoned perfectly.
The meat courses were average tasting.  Surprisingly, the salmon kebab was served wrapped in grape leaves.  Good, but nothing to wow.
The next bright spot of the dinner was the dessert.  In addition to the standard baklava, the Turkish Custard was delicious – the one thing that made me go “WOW”.  Almost like a pannacotta, very milky and smooth, flavored with vanilla and cinnamon.
Th Turkish wine is also a must, fruity and citrusy, but semi-dry, so perfect to complement whatever you order.

Service was attentive but ill timed.  The main course came when I was barely half way through the appetizer, which is a large portioned salad.  By the time I got to the main course, it was lukewarm, after sitting on the table for 15 minutes.

Overall, I would have to give this restaurant a C for service and food.